They say all charity is good charity, except when it comes to “Fifty Shades of Grey,” it seems.

A U.K. thrift store has been bombarded with so many donations of  E.L. James‘ X-rated novels that they are using their safe word: “Enough!”

The Oxfam shop in Swansea, South Wales, has banned donations of the books that were turned into an equally as raunchy film starring Dakota Johnson as Anastasia Steele and Jamie Dornan as Christian Grey, U.K. newspaper The Mirror reported. 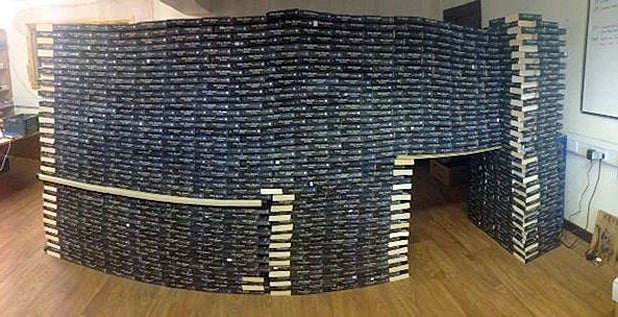 “We appreciate all the donations — but less ‘Fifty Shades’ and more Sixties and Seventies vinyl would be good,” employee Phil Broadhurst said, describing the store as having become a “retirement home” for discarded copies of James’ book series.

“There are a lot of people obsessed by ‘Fifty Shades of Grey,’ we get people bringing in new copies coming in all the time. Enough is enough,” he added.