The venerable craft of film criticism suffered another blow Wednesday, when Disney-ABC Domestic TV announced that “At the Movies” will end its run in August, after 24 seasons in syndication. 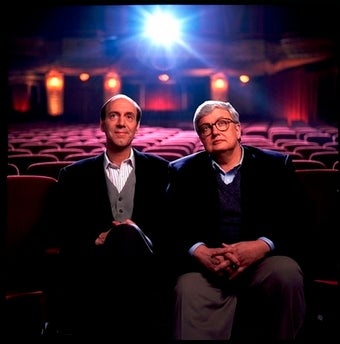 With its trademark thumbs-up, thumbs-down style, and the often heated bantering of the two hosts, the show became a hit, both with audiences and critics.

(Also read Josef Adalian’s commentary: "Shame on the Local Stations That Killed ‘At the Movies.’")

Syndicated by Disney since 1986, it remained top-rated and Emmy nominated – seven times in the informational series category – until the death of Siskel in 1999.

After a series of on-air tryouts, Chicago Sun-Times critic Richard Roeper got a seat on the show in 2000, and the pair continued until Ebert was diagnosed iwth throat cancer in 2006.

Post-Ebert, Disney has tried to fill the two slots with a number of new critics – most recently Michael Phillips and A.O. Scott – but no one has been able to match the original chemistry.

“This was a very difficult decision, especially considering the program’s rich history and iconic status within the entertainment industry,” a Disney-ABC statement read, “but from a business perspective it became clear this weekly, half-hour broadcast syndication series was no longer sustainable.”

For his part, the oft-tweeting Ebert weighed in through social media late Wednesday: “RIP, ‘At the Movies.’ Memories,” he wrote.