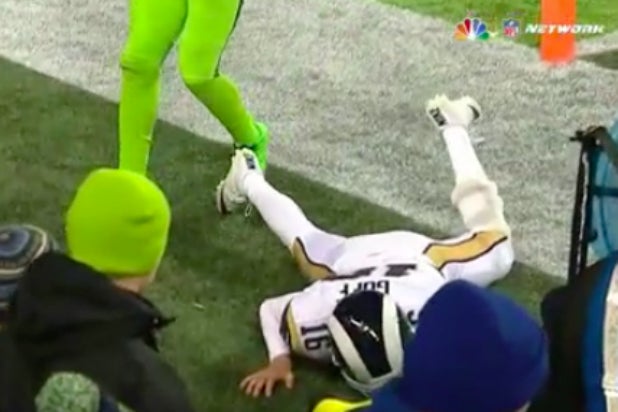 NBC topped Thursday’s primetime with the evening’s lone NFL game, though neither was one to remember.

Elsewhere, the CW settled for seventh placed with iHeartRadio’s “Jingle Ball 2016.” CBS was the runner-up broadcaster on the evening. No other net was particularly competitive.

NBC was first in ratings with a 2.6 rating/9 share in the advertiser-coveted 18-49 demographic and in total viewers with an average of 9.9 million, according to preliminary numbers. The pregame show and game itself combined for those numbers from 8 p.m. to 11. Due to the nature of live sports, those numbers are subject to change.

Univision and Telemundo tied for fourth in ratings, both with a 0.6/2. Univision was fifth in total viewers with 1.8 million, Telemundo was sixth with 1.5 million.

Fox was sixth in ratings with a 0.5/2, but fourth in viewers with 1.9 million, airing reruns.

The CW was seventh in ratings with a 0.4/1 and in viewers with 1.1 million, running just “Jingle Ball” and a repeat.