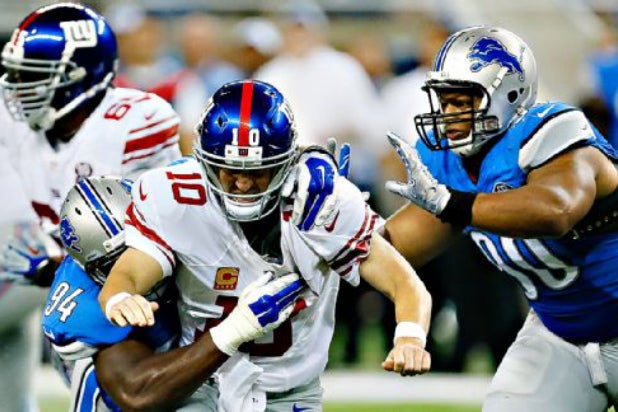 The NFL will split its “Thursday Night Football” package between NBC and CBS, TheWrap has learned.

CBS has held the broadcast TV rights to the package for the past two seasons. The NFL also broadcasted the games on the NFL Network.

Both CBS and NBC will produce the games with their lead broadcasters and production teams. CBS and NFL Network will televise the first half of the season, with NBC and NFL Network televising the second half.

The NFL is in active discussions with prospective digital partners for OTT streaming rights to “Thursday Night Football.” A deal announcement is expected in the near future.

“The CBS Corporation and the CBS Television Network are extremely pleased to continue our successful partnership with the NFL on Thursday nights,” CBS president and CEO Les Moonves said in a statement. “‘Thursday Night Football’ has provided extremely valuable programming and a powerful promotional platform to help launch CBS’s primetime schedule, contributing to our standing as the perennial Number One and most-watched network.”

“The NFL has the most powerful programming on television, and we are delighted to expand our primetime schedule to 24 regular season games,” NBCUniversal CEO Steve Burke. “‘Thursday Night Football’ is an important addition to NBC’s No. 1-ranked primetime lineup, and the perfect complement to our award winning ‘Sunday Night Football’ broadcast. The NFL is a terrific partner, and we could not be more pleased about expanding our relationship.”