The event will conclude with a musical performance by “Upload” star Andy Allo on Friday, July 24 at 5pm PT.

BE Conference 2020 will focus on providing opportunities for the next generation of women in media and entertainment, with a focus on underrepresented voices. This year’s programming and mentorship will be dedicated to breaking barriers, inspiring action and creating inclusive opportunities for all. Attendees will have access to A-List speaker panels, tailored mentorship, morning fitness and meditation to jump-start your day as well as evening entertainment and networking throughout the week.

Also Read: How Meditation Is Helping Tia Mowry Get Through Quarantine | Video 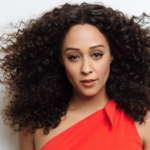 Tia Mowry rose to fame as a 90’s pop culture icon starring in “Sister Sister” alongside her twin Tamara. Since then, she has added author, business owner, chef, mother and wife to her long list of accomplishments. Most recently, Mowry launched Anser, a range of vitamins that she co-founded after having health and fertility issues. She wanted to create a line that connected with people from all backgrounds and encourage them to take charge of their health. After the success of the initial launch, Anser recently expanded into men’s and kid’s vitamins that cater to the whole family. She also currently stars on Netflix series “Family Reunion” and hosts her own YouTube Channel “Tia Mowry’s Quick Fix.” 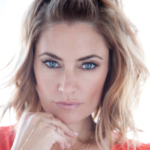 Mädchen Amick is best known for her work on the cult television series “Twin Peaks” starring as ‘Shelly Johnson,’ a role that director David Lynch created specifically for her, and one that she reprised in the recent Showtime revival.  Currently, in addition to starring as ‘Alice Cooper’ on CW’s “Riverdale,” Amick directed the Season 4 cliffhanger finale episode. Most recently, she produced and directed the documentary “Behind the Curtain” which takes a closer look at all aspects of mental health, from diagnosis and treatment to big pharma and politics. Her additional credits include “American Horror Story: Hotel,” “Californication,” “Gossip Girl,” and “Madmen” – just to name a few.

Also Read: TV Shows You Should Binge-Watch Right Now, From 'Succession' to 'Riverdale' 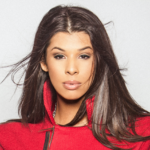 Hailie Sahar stars on the Emmy nominated FX series “Pose” from award-winning producer Ryan Murphy. Murphy created the role of ‘Lulu,’ a fashion-loving diva who is second-in-command to the mother of the house, specifically for Sahar.  She also stars on the hit Freeform series, “Good Trouble.” Sahar has overcome many challenges presented to her as a transgender woman and has been featured as one of Hollywood’s New Rising Talents in OUT magazine. She was crowned ‘Miss L.A. Pride’ and ‘Queen U.S.A.’ 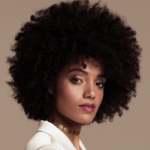 Maisie Richardson-Sellers can next be seen opposite Joey King and Jacob Elordi in Netflix’s “The Kissing Booth 2.” This follows her big screen debut in “Star Wars: The Force Awakens,” directed by J.J. Abrams. Richardson-Sellers can also be seen in DC’s “Legends of Tomorrow,” where she portrays the pansexual shapeshifter ‘Charlie.’  Off screen, Richardson-Sellers is launching her own production company, Barefaced Productions, that will highlight experiences of people of color and the LGBTQAI+ community while ensuring gender and racial inclusivity during every stage of the creative and filming process. Richardson-Sellers also recently co-wrote and directed her first short film, “Sunday’s Child,” which tells the story of a young and isolated queer, first generation woman during her journey to self-acceptance.

Also Read: 'The Kissing Booth 2' Trailer: Elle Meets a New Hottie While Noah Is Off at Harvard (Video) 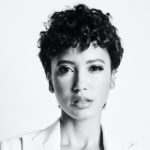 Andy Allo is a singer and actress who most recently starred as ‘Nora’, the female lead in Amazon’s “Upload” alongside Robbie Amell created by Greg Daniels (“The Office”). She is known for working with Prince’s New Power Generation as a singer/guitarist and also worked with the legend on her sophomore album, “Superconductor.” Allo has performed on Jimmy Kimmel, Guitar Center Sessions, Billboard Sessions Exclusive. Allo’s additional credits include “Pitch Perfect 3,” “Chicago Fire,” CW’s “Black Lightening,” “The Hero” and “The Game.”

WrapWomen is a power base of influential women of entertainment, media, technology and brands committed to changing the face of their industries. Through media and live events, we provide a platform to accelerate the vision of women who are building towards a more equitable world. Click here to sign up for our newsletter to receive weekly updates on industry trends, career opportunities, celebrity hot takes and insider tips.