Nothing’s official yet, but Fox has all but decided to make the current season of the Kiefer Sutherland thriller its last, according to people familiar with the network’s decision. Fox and 20th Century Fox TV have begun end-of-life conversations and a formal announcement that season eight will be the last could come as soon as this week. 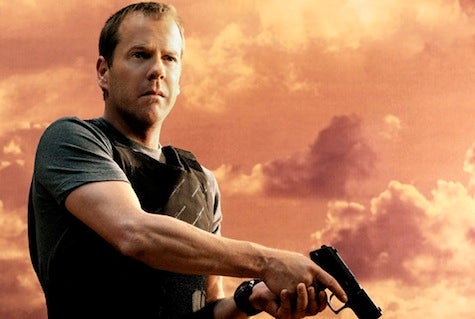 The news won’t come as a surprise to Jack Bauer fans who’ve been paying attention to various tea leaves that have been dropped in recent months.

"It’s going to come down to a business decision, Reilly told a reporter for IFmagazine.com. "It’s not an inexpensive show on the network books and we also want to finish strong. This is not a show we want to prop up. It will be a whole creative and business discussion and something we’ll have to deal with over the next few months.”

Reilly was being honest, but the fact that he didn’t just say, "Of course! It’s ’24’! Why wouldn’t we renew it?!" indicated the network needed to see either stable or growing ratings to justify another season.

Both Reilly and Sutherland hedged when asked about the show’s fate in January, just before the show’s return. But then came the report in Variety a couple weeks ago that Fox’s feature unit had hired a writer for a "24" feature and that Fox executives were leaning against another season.

Add in just-OK ratings for the current season, plus the aforementioned high price tag, and a renewal for "24" suddenly became a longshot.

There’s no guarantee that whatever show Fox replaces "24" with will do better. But when networks stick to middling veterans too long rather than start swinging for the fences, that’s invariably the time they start to decline (cough, NBC early 2000s).

Meanwhile, don’t be surprised if 20th makes a round of phone calls to see if any other networks might want "24." Unless NBC goes for a Hail Mary play, however, it seems hard to imagine any broadcast network spending the coin needed to bring the show back.