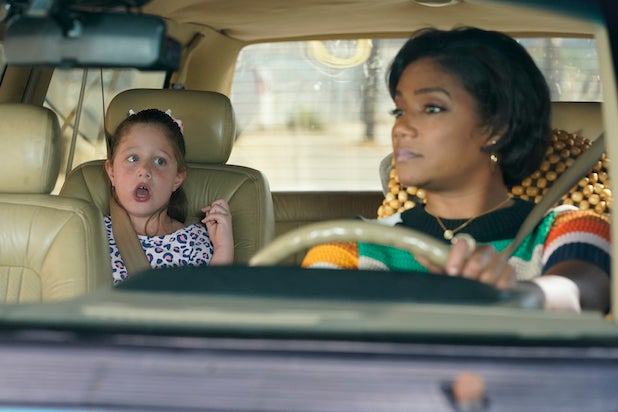 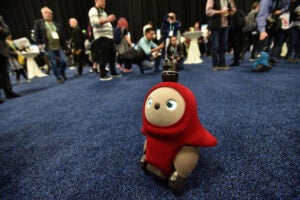 5 CES Takeaways, From $3,000 Pet Robots to NBCUniversal’s Peacock Stuck in the Nest

”We’re happy with the show creatively,“ an ABC spokeswoman tells TheWrap. ”We’re hoping we can build in our delayed viewing numbers“

ABC’s “Kids Say the Darndest Things” is not getting darn good TV ratings. As a matter of fact, Nielsen numbers for the Tiffany Haddish-hosted reboot on Sunday nights are pretty darned bad.

“Kids Say the Darndest Things” is averaging a 0.6 rating among adults ages 18-49, according to Nielsen’s “most current” ratings, a data set that includes one week of delayed viewing per episode where available. That puts it in a tie for the 89th highest-rated show on broadcast television this season alongside reruns of “Young Sheldon” and “SWAT” (with a little bit of summer spillover mixed in).

And there are actually three show’s with rerun episodes that are doing better than “Kids” new ones: “NCIS,” “The Neighborhood” and “Family Guy.”

Also Read: How Great Was 'Jeopardy: Greatest of All Time' in TV Ratings?

OK, so Haddish’s show focuses on children, so maybe it does better among parents, right? Not really. “Kids” climbs just one row higher on the Nielsen sheets among adults 25-54, tying for 88th.

All right, maybe grandparents? A little better, we guess: Among adults 50-plus, “Kids Say the Darndest Things” rises to 78th.

The median age of the new “Kids Say the Darndest Things” viewer is 60.4 years old, making it the 58th oldest-skewing show on broadcast.

All in, the program averages 4.008 million viewers, which ranks it 83rd in that metric among shows on CBS, NBC, Fox, ABC and The CW.

Those numbers are not as strong as the network had hoped, one insider acknowledged to TheWrap.

“We’re happy with the show creatively, and we feel it’s a good fit between ‘America’s Funniest Home Videos’ and ‘Shark Tank.’ We’re hoping we can build in our delayed viewing numbers,” a spokeswoman for ABC told TheWrap.

This past weekend was a particularly rough one for “Kids Say the Darndest Things.”

On Sunday, the show’s 0.5 rating was significantly below (-29%) the 0.7 that its “America’s Funniest Home Videos” lead-in received. Now, it’s true that “Kids” faced the Golden Globes, but “AFHV” was up against NFL Playoff football, which is even stiffer competition.

“Kids Say the Darndest Things” is an updated version of the original series, which was hosted by Bill Cosby and aired in 1998 and again in 2000.

Haddish’s “Kids Say the Darndest Things” airs Sundays at 8/7c on ABC. If you’re intrigued by it, we suggest you watch it while you still can.