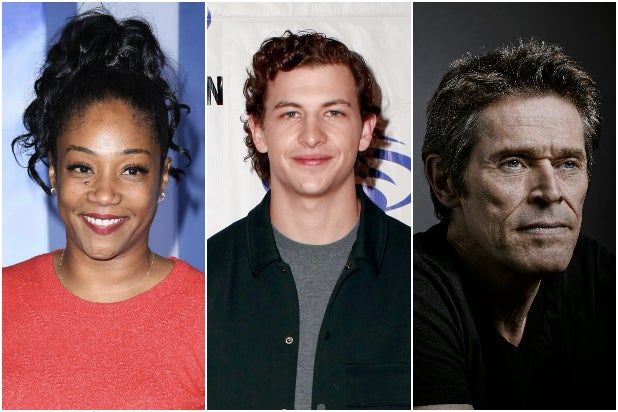 Tiffany Haddish, Tye Sheridan and Willem Dafoe have been cast opposite Oscar Isaac in director Paul Schrader’s next film, “The Card Counter.”

Martin Scorsese also joins the project as an executive producer, marking their fifth collaboration together. The film is a revenge thriller following Isaac as William Tell, a gambler and former serviceman who sets out to reform a young man seeking revenge on a mutual enemy from their past. Here’s the full synopsis of the film:

Tell (Isaac) just wants to play cards. His spartan existence on the casino trail is shattered when he is approached by Cirk (Sheridan), a vulnerable and angry young man seeking help to execute his plan for revenge on a military colonel (Dafoe). Tell sees a chance at redemption through his relationship with Cirk. Gaining backing from mysterious gambling financier La Linda (Haddish), Tell takes Cirk with him on the road, going from casino to casino until the unlikely trio set their sights on winning a World Series of poker tournament. But keeping Cirk on the straight-and-narrow proves impossible, dragging Tell back into the darkness of his past.

HanWay Films is handling international sales and distribution with David Gonzales of Northside Services, and Endeavor Content is overseeing the U.S. sale.

“Scorsese and I liked the symmetry of it, the reflection of a long association and mutual love of hand made films,” Schrader said in a statement.

Haddish just starred in “Like a Boss” and next up has the comedy “Bad Trip.” Sheridan will next be seen in “The Night Clerk” opening this week. Dafoe just won an Indie Spirit award for “The Lighthouse” and starred in “The Last Thing He Wanted” at Sundance. Coming soon he has Abel Ferrara’s “Siberia,” Guillermo del Toro’s “Nightmare Alley” and Wes Anderson’s “The French Dispatch.”