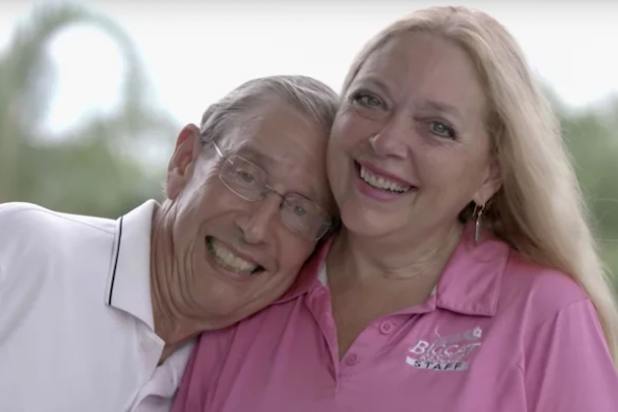 Carole Baskin, the big-cat activist who is the target of the murder-for-hire plot in Netflix’s “Tiger King,” says she has not been asked to appear in the upcoming bonus episode of the docuseries that Jeff Lowe says is coming — and wouldn’t have joined in even if she was.

“We have not been approached about a new episode and would not participate if asked,” a spokesperson for Baskin told TheWrap in a statement Tuesday.

“Tiger King” follows (and the title refers to) Joe Exotic, the owner of a big-cat zoo in Oklahoma. Exotic, whose real name is Joseph Maldonado-Passage, was found to be guilty of hiring a hitman to kill Baskin, a rival of his in the animal world. He’s serving a multi-decade prison sentence for that and for animal rights crimes.

Baskin runs the Big Cat Rescue and was highly critical of Maldonado-Passage’s park. Several of the other people profiled in and interviewed for “Tiger King” do not believe Baskin to be the squeaky-clean animal rights activist that she purports to be. Maldonado-Passage has outright accused Baskin of killing her former husband and either feeding his remains to the tigers or dumping the body in a septic tank on their property.

Baskin ripped “Tiger King” as being “salacious and sensational” just a few days after the docuseries launched, saying the project she was pitched to participate in was not what ended up on screen.

She called out the directors, Eric Goode and Rebecca Chaiklin, for what she believes to be a bait-and-switch. “There are no words for how disappointing it is,” Baskin, who said she was asked to be part of “the big cat version of ‘Blackfish,'” stated.

In an interview with the L.A. Times, Goode and Chaiklin pushed back on Baskin’s claims, saying her participation “certainly wasn’t coerced.”

“Tiger King” has been a wildly popular series for Netflix since it debuted on March 20. The docuseries has been Netflix’s No. 1 title overall in the U.S. for the last 16 days (so since its launch), per the streaming service, and was one of the most-tweeted-about series in the country in March, according to Twitter.

According to Lowe, one of the stars of the series, Netflix is planning to release a new “Tiger King” episode  this week.

Lowe, who owns the Oklahoma zoo that Joe Exotic once ran that is featured in the docuseries, sent a video message to Los Angeles Dodgers player Justin Turner following an episode of a podcast hosted by Turner’s wife, Kourtney, over the weekend.

“Netflix is adding one more episode. It will be on next week. They’re filming here tomorrow,” Lowe said in the video. “Take care, stay safe, and put your mask on.”

Netflix did not respond to TheWrap’s request for comment on if and when a new episode will be released.