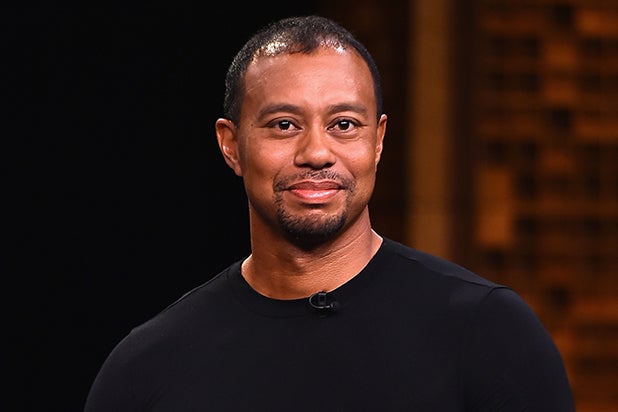 Here’s what Tiger Woods got you guys this year: a shirtless selfie in which the professional golfer sports a furry white wig (or maybe Santa hat), a black baseball cap, a blond goatee and shades.

His kids may love Mac Daddy Santa, but the internet seems mostly confused by it all.

Xmas tradition that my kids love. Mac Daddy Santa is back! -TW pic.twitter.com/pCWZNNKPRG

TheWrap doesn’t even know where to start with this image, which quickly went viral after he posted it on Thursday.

So here’s what some other Twitter users are saying:

.@TigerWoods who is this taking the picture? Why didn't they stop this? pic.twitter.com/nv7h7tlNHI

@TigerWoods It's not Christmas until Tiger Woods' nipples show up in your timeline.

Me: I'm getting tired of this site. Nothing good anymore
Tiger Woods: watch this

Below is a more traditional Christmas photo posted by Woods today. That’s his beloved and late dad, Earl, opening presents with the young Eldrick.

This was an awesome Christmas, plaid pants and all. – TW pic.twitter.com/izaWXbE8hU