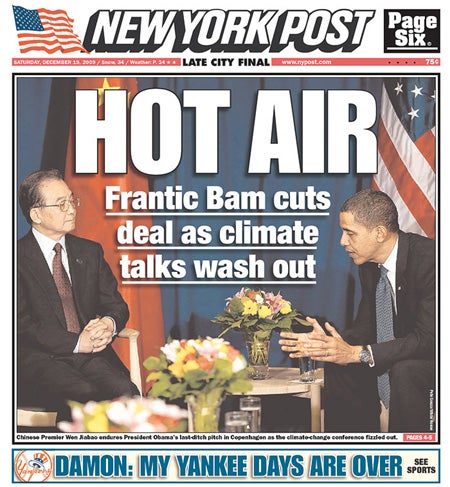 For the first time in nearly three weeks, Tiger Woods was not on the cover of the New York Post. Woods — or one of his "transgressions" — had graced News Corp.-owned tabloid cover for a record 20 consecutive days, one more than 9/11 ("For the New York Post, Tiger Woods More Important Than 9/11").

Instead, the Post went with President Obama’s trip to the climate talks in Copenhagen, which was met with mixed reviews.

So for one day, at least, Tiger can watch cartoons and eat cereal in peace.

For the New York Post, Tiger Woods More Important Than 9/11