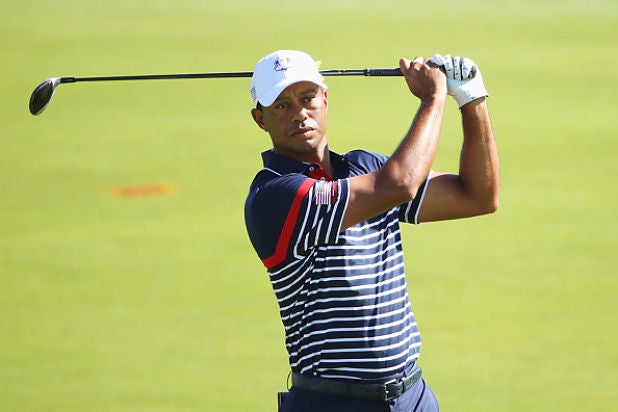 A scripted miniseries on Tiger Woods, based on Jeff Benedict’s book about pro golfer is in development at Brent Montgomery’s Wheelhouse Entertainment.

Benedict reached a deal with Montgomery to set up a joint venture at WHE, with “Tiger Woods” as the first project that Benedict and Wheelhouse will take to market. The book, which Benedict co-authored with “60 Minutes” correspondent Armen Keteyian, was published last year and became a New York Times bestseller.

The book begins with Woods’ 2009 car accident and subsequent martial infidelity that began the once-dominant golfer’s career downturn, which included numerous back injuries as well. During Woods’ early career, he appeared in prime position to supplant Jack Nicklaus as the record-holder for the most major tournament victories.

Woods won his fifth Masters championship in April, his first major tournament victory in 11 years. He is now three behind Nicklaus, with 15 overall.

“As a rabid sports fan, I had seen Jeff’s byline and read much of his work, always impressed by his insights and access into some pretty rarified worlds, but when I picked up ‘Tiger Woods’ I saw what a true force Jeff really is – and a compelling way to bring the Tiger Woods story to life as one of the most moving in sports history,” Montgomery said. “IP is becoming more important than ever before and to partner with a writer of Jeff’s caliber – someone who nails perfectly the experience and emotion behind epic people and their stories – is a huge win for Wheelhouse. It’s an enormously rich pool from which to create exciting projects in and around sports, and other high-intensity environments. We are ecstatic to be in the Jeff Benedict business.”

Additionally, Benedict will work with Montgomery and the producers and executives at WHE to develop film and television projects, scripted and unscripted, based on Benedict’s array of intellectual property. Other books authored by Benedict include “The System: The Glory and Scandal of Big-Time College Football” (also co-authored with Keteyian) and “QB: My Life Behind the Spiral,” written with NFL Hall of Famer Steve Young.