Sensor Tower tracks the top 10 non-gaming mobile downloads for both the Apple App Store and Google’s Android marketplace each month and also keeps a chart of the overall top-downloaded applications.

TikTok also led Sensor Tower’s May application download charts in overall downloads, with roughly 112 million.  The app is owned by Chinese tech firm Bytedance, which operates an office in Venice, Calif. in addition to its China headquarters.

Despite recent talk of banning the app in the United States because of its China-controlled parent company, Sensor Tower found the U.S. was the country with the second-highest installs of TikTok in June — roughly 8.7%. The U.S. was second India, which had 18.8% of downloads this month. 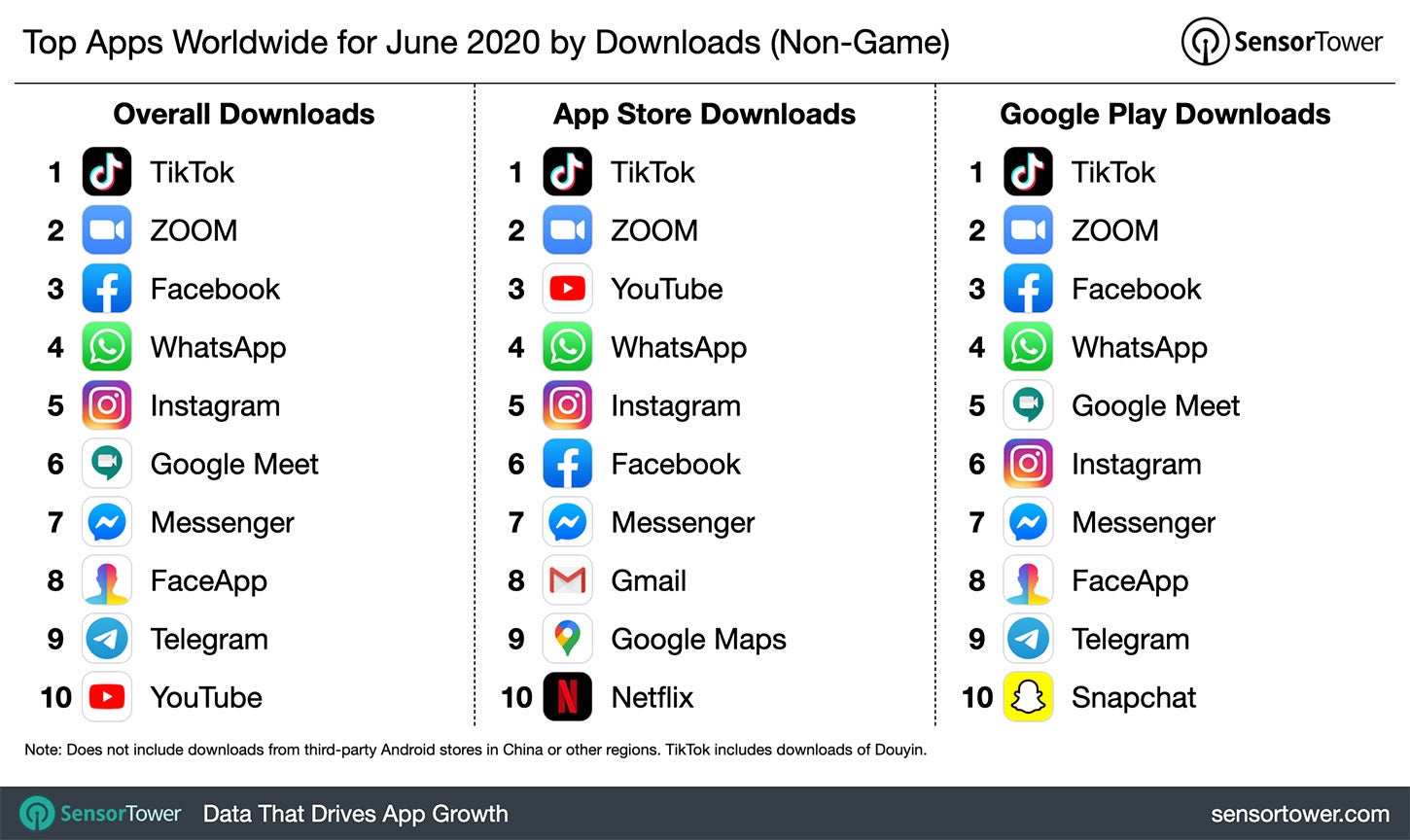 The social video-sharing app has spent the past three months neck-and-neck with video conference software Zoom, which has taken ample advantage of widespread remote work requirements brought on by COVID-19.

Zoom topped Sensor Tower’s overall app download charts in April, with 131 million installations that month. It has since ceded the no. 1 spot to TikTok.