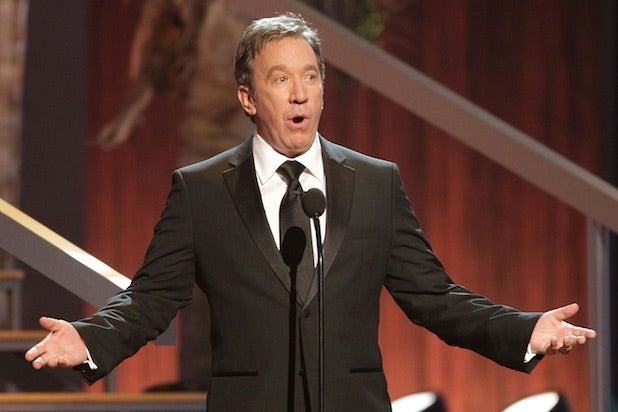 Tim Allen thinks Hollywood conservatives are getting a taste of life in Nazi Germany.

The “Last Man Standing actor said on “Jimmy Kimmel Live” on Friday: “You gotta be real careful around here, you know. You’ll get beat up if you don’t believe what everybody believes. It’s like ’30s Germany.”

Allen has been very vocal about his conservative political beliefs, but when Kimmel asked him if it was true that he attended the presidential inauguration, the comedian got a little defensive.

“I’m a comedian. I like going on both sides,” he said.

He also expressed concerns about AmericanS’ privacy. He said a buddy in the security business told him that even if his cell phone is turned off, as long as the battery is in it, “it’s never really off.”

“They always know where you are,” Allen said. “I get paranoid just from being around this guy. One day I was thinking, if a government guy drove down the street with, like, a gray sedan with a camera on it, you’d be rioting, going to Washington. But if it’s white with emojis and Google on it, yeah! You’re waving at it. They’re taking pictures of your house! Take a picture of my house… from the sky! … I wanted to put f.u. on the top of my house. Have that satellite go,’ oh, no no no.'”