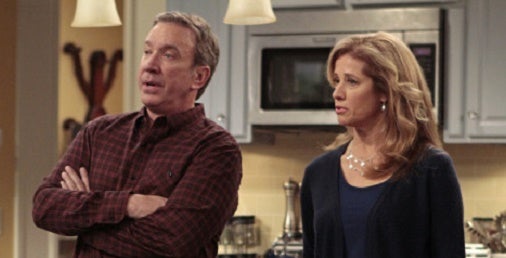 Tim Allen’s sitcom “Last Man Standing” may be returning for a seventh season: Fox is considering whether to revive the former ABC comedy, insiders told TheWrap.

Allen said the show could return on his Twitter account Thursday, writing: “They heard all your voices people!! LMS just might be a reality. Keep it up. Who wants more #LastManStanding ?”

The show’s studio, 20th Century Fox TV, has been speaking with the cast and creative team, and Allen is said to have signed on for the potential revival. Both the studio and network had no comment.

If the revival happens, Allen may owe a debt to Roseanne Barr. Both are ’90s sitcom vets (her with “Roseanne” and him with “Home Improvement”) who are also among the relatively few open conservatives in Hollywood. The recent success of the “Roseanne” revival has proved that there is a huge market for sitcoms about blue-collar families, especially those with familiar stars. “Last Man Standing” fits the bill.

When ABC canceled “Last Man Standing” last year, it was the network’s second-highest-rated comedy behind “Modern Family.” The show starred Allen as Mike Baxter, a father of three and owner of a sporting goods store. Conservatives used the cancellation as a rallying cry, with Allen himself expressing his disappointment numerous times, arguing that his political leanings were a factor in ABC’s decision.

Despite the support, insiders caution that the revival is not yet guaranteed, with many deals yet still to close. But it at least appears possible that “Last Man Standing” will return for a seventh season. One interesting wrinkle to all of this is ABC-parent Disney’s proposed acquisition of 21st Century Fox assets, which include 20th Century Fox TV.

They heard all your voices people!! LMS just might be a reality. Keep it up. Who wants more #LastManStanding ?