Tim Burton is a busy man. After spending the past year laboring away on his technologically complex adaptation of “Alice in Wonderland,” Burton hit up Comic-Con to promote the film, then jetted over to New York to promote the Museum of Modern Art’s November exhibit of his work. Meantime, he’s on the stump for Shane Acker’s “9,” a post-apocalyptic animated fable that Burton produced (with “Wanted” director Timur Bekmambetov) about hand-stiched robots picking up the pieces in the wake of humanity’s destruction. (Think less “Wall-E” than “Fievel Goes to the Future.”) Directed by Shane Acker, the movie opens Sept. 9  — 9/9/09, naturally.

Characteristically adorned in sunglasses while sitting in a shadowy room, Burton spoke with The Wrap about “Alice,” “9,” premature internet buzz and the new commercial potential of "dark" stories.

The trailer for “Alice in Wonderland” leaked online a day early. How did you feel about that?
I didn’t like that. Somebody f—ed that one up. It just shows you how easy … it’s like, "Oh, sorry, I just pushed that nuke button." That’s the problem. All this stuff is so available. I still come from t 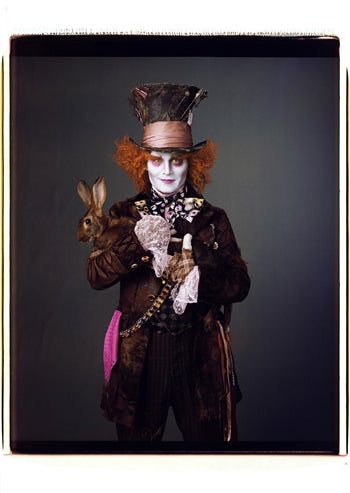 he olden days where you like to see a movie and be surprised. Then you want to know something about it — as opposed to getting everything front-loaded. A movie just loses its whole mystique.

The art of the trailer has become an entirely separate creative process.
Well, yeah. I’ve always had my theories, and my theories are always different from the marketing people.

At any rate, the trailer indicates an appropriately vibrant take on the story. Is this a palate-cleanser after the grimness of “Sweeney Todd”?
Yeah, it’s a different palate. Also, the “Alice” imagery has been around. For me, it wasn’t so much the books. I was aware of it from other aspects of popular culture, whether it was in music or other images. It was just about trying to tell it in a way so it’s not a series of weird events, like in the book. (Watch the "Alice in Wonderland" character slideshow.)

Are you staying away from the acid subtext?
No, no, not so much that. I’m just trying to keep away from the structure that the other [interpretations] suffer from, the episodic stuff. A passive little girl wandering around thinking everything is weird.

It’s weird talking about “Alice” when I have so much left to do on it. It’s a bit creepy.

Audiences tend to bring a certain baggage to the theater when the movie involves a familiar brand, which many of your movies do.
They’re harder to do for that reason. Everybody looks at the white rabbit or the Cheshire Cat or the Mad Hatter and has an idea of what they should be. With known icons, you’re always going to piss off somebody.

Like with “Watchmen”?
That’s the thing: You never know what you’re going to get. With something like “Watchmen,” it’s known on one level. It’s like a great novel. You have to leave something out, somebody’s favorite part. Somebody will think the essence has been sucked out of it. That’s just the nature of tackling something known.

“Sweeney Todd” was a quintessential example of your darker side. Why didn’t it do better business?
I didn’t know what kind of response it would get. It seemed to do OK. I don’t really know. I never know. Every movie I’ve ever done, I never could predict a response.

But if anyone could turn such a morose story into a massive commercial property, you’re the guy.
Yeah, but if you look at the “Harry Potter” movies, they’ve gotten darker. For 20 years, I’ve had to fight against the whole "dark" issue. Now it’s the "norm." I’ve tried to keep my stuff in there. 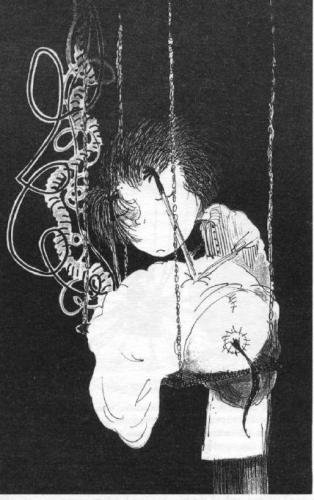 Do you feel like studios try to dumb down your ideas?
That’s always the case, especially when you’re dealing with a bigger budget. That’s fair enough from the studios’ point of view. It’s a big investment. I don’t try to pay too much attention to that. It’s a bit abstract anyway.

You’ll have a huge exhibit at the Museum of Modern Art. Does seeing your entire career surveyed make it seem as though you’ve achieved your creative potential?
I hope not. We’ll see. Am I going to go back and remake “Pee-Wee’s Big Adventure”? I don’t think so. I feel like I’ve been pretty pure about that. There’s been a lot of pressure to do, like, a sequel to “Nightmare Before Christmas.” I’m just not going to do it. (Click to see "Tim Burton’s Greatest Hits.")

But you’ve talked about turning your early short film “Frankenweenie” into a feature.
I might do a low-budget, stop-motion movie. Something I couldn’t do in the short. It would be nice to capture the spirit of my original drawings. (Pictured above.)

Like “Corpse Bride”?
No, less than that. I’d do it in black and white.

What about all those Broadway musical rumors?
Yeah, I got approached to do a Broadway version of “Batman.” I couldn’t quite bring myself to do that, either.

So, how did you find the time to help out as a producer on “9”?
This was a few years ago. I got involved after I saw the short film [which was nominated for an Oscar in 2005]. I felt close to his design sensibility. It’s different from mine, but I related to the characters and the world. Since I’ve been through the experience of making animated films, I just felt like I could help him keep all the outside evils away. (See accompanying interview with "9" director Shane Acker.)

Do you still watch a lot of animated shorts?
When I was first in animation, it was like a dying art form. But if you’re an animator, there are more opportunities now than ever. Also, it’s using all the media.