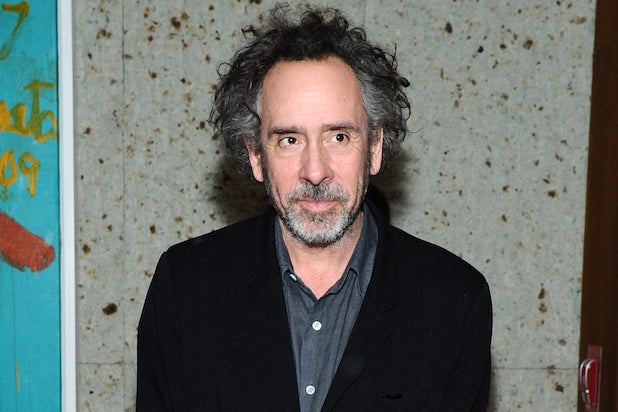 Tim Burton is moving from “Big Fish” and “Big Eyes” to big ears, as he has signed on to direct a live-action “Dumbo” movie for Disney, an individual familiar with the project has told TheWrap.
Burton has always been fond of telling stories about outsiders and characters who are considered different, such as “Edward Scissorhands” and “Ed Wood,” which makes him the perfect choice to direct the film. He has also had success with Disney fairy tales, directing the studio’s billion-dollar grosser “Alice in Wonderland.”
“Dumbo” is expected to be a combination of live-action and CGI a la Jon Favreau‘s upcoming “The Jungle Book,” which features an actor playing Mowgli and surrounds him with animated animals.
Ehren Kruger wrote the script and will produce “Dumbo” with Justin Springer.
Disney’s development team has been busy mining the studio’s library for classic animated titles to turn into live-action movies, such as this weekend’s “Cinderella” and 2017’s “Beauty and the Beast” starring Emma Watson, Dan Stevens and Luke Evans.
“Dumbo” doesn’t have a release date yet, but Burton has a busy scheduled that includes Fox’s adaptation of “Miss Peregrine’s Home for Peculiar Children” and a “Beetlejuice” sequel for Warner Bros. He’s
represented by WME.
The Wall St. Journal first reported Burton’s involvement in “Dumbo.”