Tim Donnelly, the actor who is best known for playing fireman Chet Kelly on the 1970s TV series “Emergency!,” has died. He was 77.

The news was first shared by the Los Angeles County Fire Museum. Clearly, Donnelly held his television ties to the firefighter community quite dearly.

“We at the Fire Museum are heartbroken as we sure all of you will be as well regarding the following news. It is with deep sadness that we announce the sudden passing of our friend, Tim Donnelly, this weekend,” a Facebook post read. “Tim, as you know, played Chet Kelly on the show ‘Emergency!’ among many other roles during his acting career. Tim is survived by his daughter, Ashley, two grandsons, his sister Kathleen and his brother Dennis.” 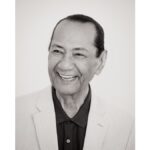 “To all the ‘Emergency!’ fans, we want you to know that he was very excited about coming to the Museum in January for the 50th Anniversary,” the post continued. “Many of the Museum Board Members have great memories of Tim from our time on Project 51 and personal contact. To his daughter, grandchildren, and siblings, we offer our sincerest condolences.”

NBC’s “Emergency!” followed the crew of Los Angeles County Fire Department Station 51, particularly the paramedic team, and Rampart Hospital as they responded to emergencies in their operating area. Kelly was a key figure, and Donnelly appeared in 122 of the 129 episodes.

The only actors to have appeared in more episodes, according to IMDb, were Randolph Mantooth, Kevin Tighe, Julie London, Bobby Troup, Robert Fuller, Marco Lopez and Mike Stoker. 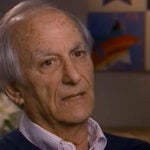 Yes, the Jack Webb universe would have fit in very comfortably in today’s TV landscape.