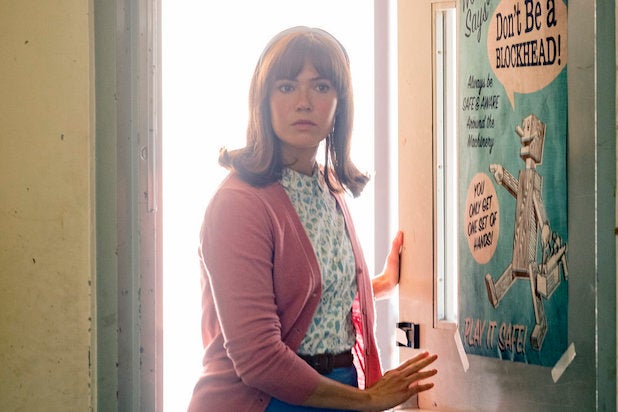 Tim Matheson (“National Lampoon’s Animal House”) will play Rebecca’s (Mandy Moore) father, Dave, on the upcoming fourth season of hit NBC drama “This Is Us,” a person with knowledge of the casting confirmed to TheWrap.

The Dave role is a recurring one.

Elizabeth Perkins has played Rebecca’s mom in previous seasons, but fans had yet to meet her dad.

Also Read: 'This Is Us': Mandy Moore Says Rebecca's Father Will Play a Big Part in Her Relationship With Jack (Video)

In an interview with TheWrap last month, Moore said Jack (Milo Ventimiglia) will be meeting Rebecca’s parents in Season 4 when we revisit one of the show’s many past timelines. And it sounds like that introduction — especially with her father — will be a significant one.

“The very first season we saw that they had like a courthouse wedding and we saw the end of it, but I too am curious as to what the lead up is,” Moore said. “I’m really interested in their courtship, like, how they sort of find themselves getting engaged and then a wedding, and all of that I feel like is so ripe for exploring. I do know that we’re going to start to get deeper into that time period, specifically when Jack and Rebeca make it back to Pittsburgh from their California road trip. And him meeting my parents and specifically my father. And my father plays a bigger role in our relationship moving forward.”