Congressman Tim Ryan had some choice words for dissenting Republicans on the House floor Wednesday.

Following a vote in the House of Representatives, a bill that would establish a commission to investigate the Jan. 6 attack on the Capitol has been passed and will move on to the Senate. The final count was 252-175, with 35 Republicans in favor.

Prior to the final tally, Ryan, a democratic representative from Ohio, took the opportunity to thank the Republicans that reached across the aisle to support the bill. For the rest of the party, he had a reality check. 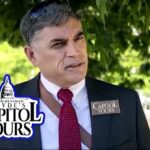 “I want to thank the gentleman from New York and the other Republicans who are supporting this and thank them for their bipartisanship,” Ryan began. “To the other 90% of our friends on the other side of the aisle, holy cow. Incoherence. No idea what you’re talking about.”

The representative continued, accusing the GOP of hypocrisy in the face of real danger to the country.

“Benghazi, you guys chased the former Secretary of State all over the country, spent millions of dollars,” he said. “We have people scaling the Capitol, hitting the Capitol Police with lead pipes across the head, and we can’t get bipartisanship. What else has to happen in this country? Cops, this is a slap in the face to every rank and file cop in the United States.” 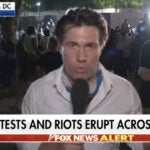 A passionate Ryan concluded his speech with a final call for unity.

Although the bill had not yet been passed at the time of Ryan’s statements, Senate Minority Leader Mitch McConnell had already voiced his opposition to the bill, were it to move on to a Senate vote. 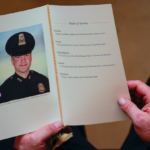