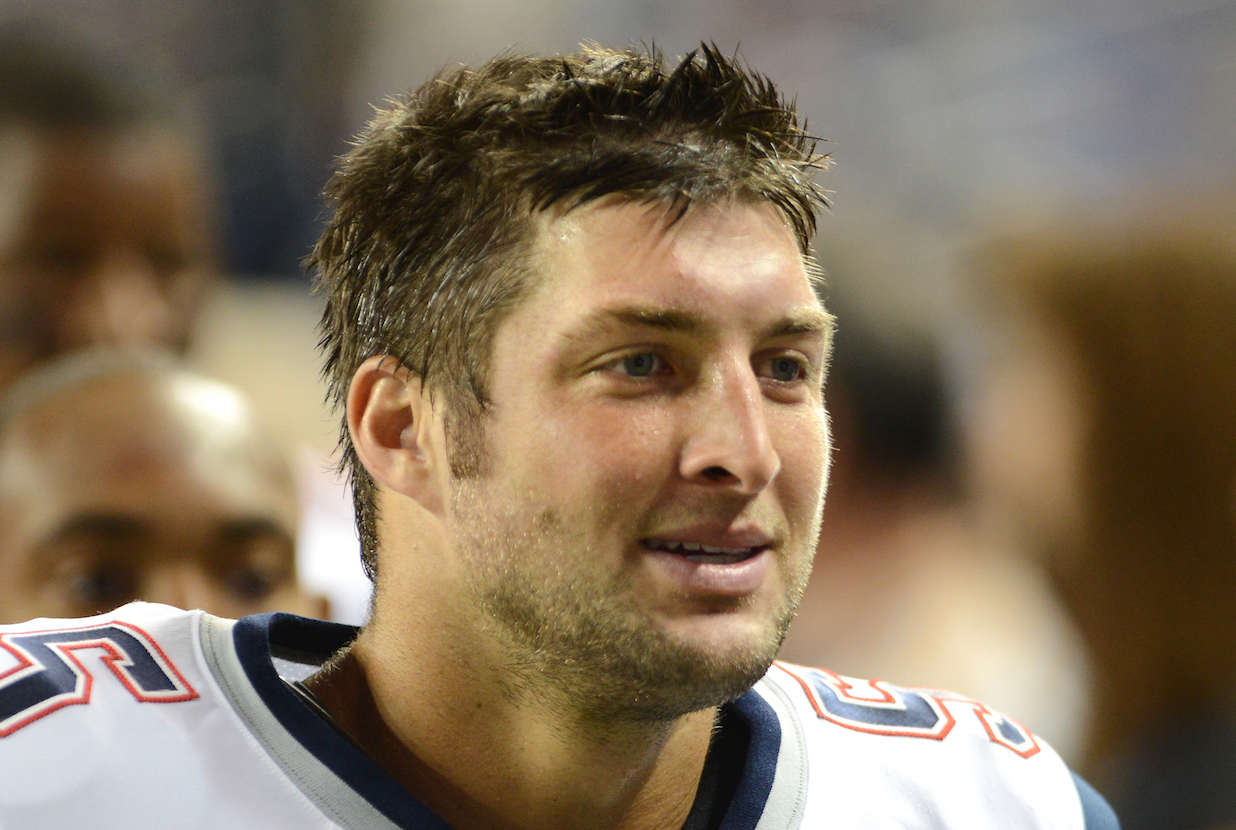 Tim Tebow’s faith has made him a football icon, but ESPN executives stress that they hired the former Heisman Trophy winner as an analyst on its new college football network, SEC, because of his knowledge of the game, not his religious beliefs.

“We acknowledge and understand that Tim’s faith is a big part of who he is… at the same time we hired him for his football opinions,” Justin Connolly, ESPN senior vice president programming, college networks, said on a conference call with media on Tuesday.

How Tebow shares his religious beliefs on social media and during broadcasts will be part of a “continuing dialogue,” Connolly said.

For Tebow, who was let go from the New England Patriots this year and has struggled to find an NFL employer, part of the appeal of the ESPN contract is that it includes an opt-out clause if a professional football team comes calling.

Tebow, whose multi-year deal at ESPN requires him to appear on SEC Nation, a pregame show that will air live from a different SEC campus each week, said his busy schedule will not prevent him from continuing to try to break back into the NFL.

“I don’t think it will impact my training,” Tebow said.

“I will continue to push myself to become better every single day — not only as a quarterback, but also as an analyst,” he added.

Tebow and ESPN brass said they weren’t concerned that the former Florida Gators star’s aw shucks demeanor would prevent him from being critical when warranted.

“I’ve never had a hard time saying what I believe or standing up for something,” he said.

That may include making tough assessments of his former team.

“I’ll always be a Gator, but I’ve got to be objective as well,” Tebow said.