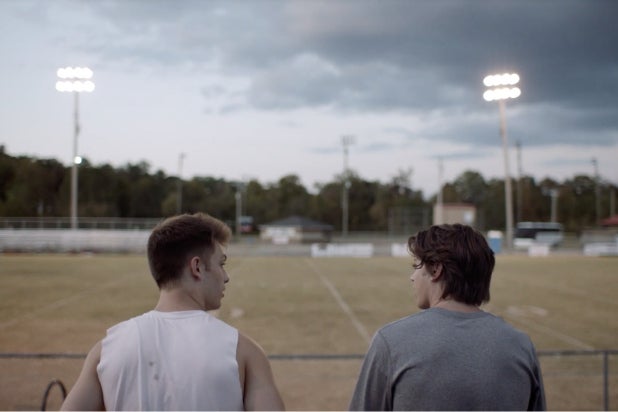 For comparison, the last faith-based film that opened with a similar screen count was Pure Flix’s “Indivisible,” which opened to $1.5 million from 830 screens last October with a PSA of $1,811.

Also Read: 'How to Train Your Dragon 3' Roars to Year's Best Opening With $55 Million

Directed and co-written by Chris Dowling, “Run the Race” follows two orphaned teen brothers trying to find a better life after their mother’s death and father’s abandonment. When one of the brothers sees his hopes for a football scholarship dashed after a terrible injury, the other trains on the track team to finish their dream.

Elsewhere in the indie box office, Magnolia and Shorts.TV’s annual presentation of the Oscar-nominated short films crossed the $3 million mark in total grosses this weekend. Expanding to 410 screens for Oscar weekend, the live-action, animated and documentary shorts combined for an estimated $598,000 this weekend, bringing it to a total of $3.2 million.

On the Bollywood import front, the adventure-comedy “Total Dhamaal” opened on 202 screens in the U.S. this weekend, grossing $946,000 for a PSA of $4,681. Directed by Indra Kumar, the film follows a madcap race between five pairs of people in search of a stolen treasure that might not even exist.

Meanwhile, the Indian rap film “Gully Boy” expanded to 270 screens in its second weekend and added $1 million, bringing its total to $3.7 million.

Will 2020 be the year Thomas Newman and Diane Warren stop being the Susan Luccis of the Academy Awards?

Cinematographer Roger Deakins finally snapped his long losing streak at the Academy Awards in 2018, winning his first prize on his 14th nomination for "Blade Runner 2049." But other frequent nominees have not been so fortunate...