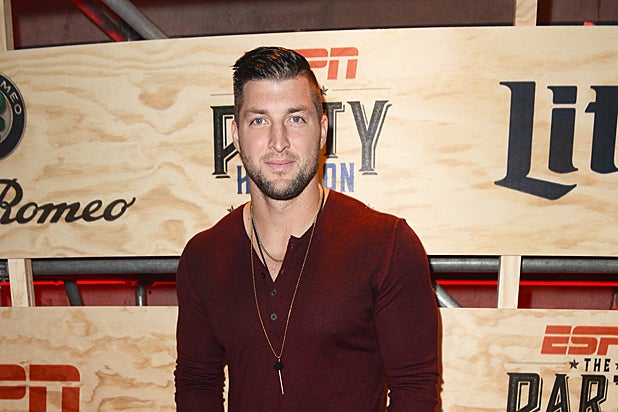 The former Florida Gators and NFL quarterback was the target of a female stalker this week, when a 36-year-old woman lingered around the team’s spring training complex at First Data Field in Port St. Lucie, Florida, on Feb. 26, asking questions about him, USA Today reported, citing a police report.

When asked by an officer why she was there, Michelle Marie Thompson, of Arvada, Colorado, said she was there to meet Tebow, and later added, while giggling, that she was in a “matrimonial” relationship with the 29-year-old.

Thompson said her Colorado address wasn’t current because she was living with Tebow in Jacksonville, the police report stated. The officer also noticed that the woman had an “I [heart symbol] Jesus/Tim Tebow,” sticker on her driver’s license.

Paul Taglieri, the Mets executive director of minor league facilities, warned Thompson that she should leave the property and the area after she’d been repeatedly spotted there.

However, when she ignored the advice and came back two days later on Feb. 28, Thompson was arrested for trespassing. She was transported to St. Lucie County Jail following the arrest and remains incarcerated, according to the St. Lucie County Sheriff’s Office website.

Ironically, the Mets had an away game against the Miami Marlins in Jupiter at 1:05 p.m. that day.

“Michelle drove right past security in a blue in color 2001 Chevy Malibu 4 door and walked towards the Mets Training Field,” the arrest record states. “I placed Michele (sic) under arrest for trespassing.”

Thompson had a prior arrest in Colorado for “indecent exposure,” the New York Daily News reported.

Tebow, a Heisman Trophy winner and college football legend who had a short-lived NFL career, is currently a minor-league outfield prospect with the Mets after he signing with the club last September.

While his performance on the field has been criticized by baseball analysts, there’s no doubting the drive and ambition of the former Denver Broncos, New York Jets and Philadelphia Eagles QB.