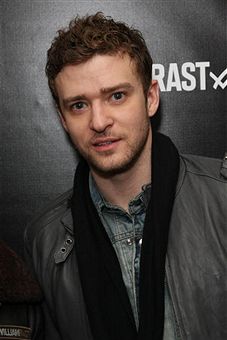 How many "Friends With Benefits" can you have in Hollywood? Not enough, apparently.

Will Gluck ("Fired Up") is directing Screen Gems’ romantic comedy, which follows a headhunter and a magazine editor who agree to sleep with each other with no strings attached due to their busy professional lives. Complications arise when the guy falls for the girl, who has started dating someone else. Keith Merryman and David Newman wrote the script, though Gluck is expected to do a rewrite.

I think Timberlake is a talented actor who is frequently written off as little more than stunt casting. He was arguably the best thing about Nick Cassavetes’ "Alpha Dog" (it’s a close call between him and Ben Foster’s ferocious Jewish bully), his scenes with Christina Ricci in "Black Snake Moan" positively sizzled (to be fair, every scene with Ricci did) and he was the only actor to score a laugh in "The Love Guru." As far as "Southland Tales" is concerned, I’m content to pretend his miserable voice-over narration and laughable Killers cover never happened.

Timberlake is poised to take his acting career to the next level with his much buzzed-about performance as Napster founder Sean Parker in David Fincher’s Facebook film "The Social Network." He also provides the voice of Boo-Boo in "Yogi Bear," and stars opposite former flame Cameron Diaz and Jason Segel in Jake Kasdan’s "Bad Teacher."

Gluck’s male cheerleading comedy "Fired Up" was a guilty pleasure for me last year. The director’s next film, "Easy A," stars Emma Stone and has been testing strongly en route to its debut at the Toronto Film Festival.

As far as "Friends With Benefits" goes, Deadline reports that Screen Gems registered the title before Paramount, so if it wants to use "Friends With Benefits," it’s entitled to. However, the studio can’t block NBC from using the title, so expect Screen Gems to wait and see if the series — which counts "Wedding Crashers" director David Dobkin and Imagine principal Brian Grazer among its exec producers — makes the network’s fall schedule and becomes a hit. Frankly, I think both movies should change their titles, as the confusion benefits no one, and "benefits" is such a vague description. Why not just call it "Friends Who Do It?"

Title wars are nothing new for Hollywood. The last memorable battle was waged between James Cameron’s "Avatar" and M. Night Shyamalan’s upcoming fantasy epic "The Last Airbender," which is of course based on the animated Nickelodeon series "Avatar: The Last Airbender."