ABC is teaming with "Friends" creator Marta Kauffman and Warner Bros. Television to adapt "The Time Traveler’s Wife" as a weekly series. 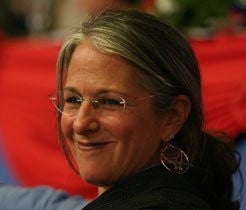 ABC’s interest in the adaptation substantially pre-dates the movie, however. The network has been talking to Kauffman "for years" about bringing the project to the small screen, industry insiders said.

Kauffman will write and executive produce.

ABC executives believe the complex plot of the original novel will work well in series form, since Kauffman will be able to explore the romantic relationship at the core of the story over the course of several seasons.

ABC has given Warner’s TV a pilot commitment for  "Time Traveler’s." It’s not yet clear whether Brad Pitt’s Plan B banner, which produced the movie version with New Line, will be involved.

First published as a novel in 2003, "Time Traveler’s" revolves around a man named Henry (played by Bana in the movie) with a genetic disorder that results in spontaneous time travel. He ends up falling in love and marrying Clare (McAdams),  an artist who patiently endures his frequent disappearances.

The novel was the debut for author Audrey Niffenegger.

Kauffman’s most recent effort for ABC was two years ago, when she teamed with Goldie Hawn to develop the nonfiction book "Leap! What Will We Do with the Rest of Our Lives?"