The cabler revealed the premier date Thursday and also released the official trailer for the series, which stars Theo James as Henry, a man who’s cursed with the “disability” of unexpected time travel. We see Henry at various stages of his life as he meets Clare (Rose Leslie), unaware that she’s his future wife.

As they meet at different times and places in their lives, Clare tries to change his destiny, but Henry tells her he’s tried, and it can’t be done. We also see Henry crossing paths with his older and younger selves, who all bear the same scar on his forehead. 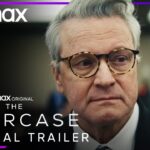 “We just happened to each other,” Clare says in a video diary, while Henry laments, “I’m always going and she can’t follow.”

The series is adapted by “Doctor Who” and “Sherlock” producer Steven Moffat from the novel by Audrey Niffenegger, which was previously made into the 2009 film starring Rachel McAdams and Eric Bana.