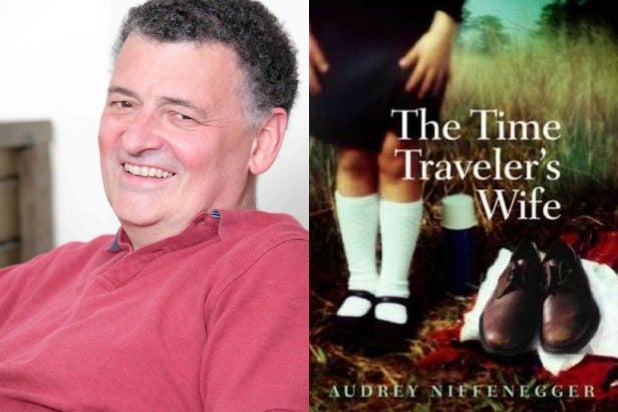 HBO is bringing “The Time Traveler’s Wife” to the small screen, handing out a series order to Steven Moffat’s TV adaptation of the novel, the network announced Tuesday.

“I read Audrey Niffenegger’s The Time Traveler’s Wife many years ago, and I fell in love with it,” Moffat said in a statement. “In fact, I wrote a Doctor Who episode called The Girl In The Fireplace as a direct response to it. When, in her next novel, Audrey had a character watching that very episode, I realised she was probably on to me. All these years later, the chance to adapt the novel itself, is a dream come true. The brave new world of long form television is now ready for this kind of depth and complexity. It’s a story of happy ever after – but not necessarily in that order.”

Here’s the official logline for the project: An intricate and magical love story, adapted by Steven Moffat from the much loved novel by Audrey Niffenegger. “The Time Traveler’s Wife” tells the story of Clare and Henry, and a marriage with a problem… time travel.

“We are thrilled to be partnering with Steven Moffat, Hartswood and WBTV on The Time Traveler’s Wife,” HBO Programming chief Casey Bloys, added. “Steven’s passion is evident in every project he’s written and we are certain that his love and respect for this mesmerizing and textured novel will make it a quintessential HBO series.”

Moffat will write and executive produce the adaptation based on Niffenegger, with Sue Vertue and Brian Minchin also executive producing. The series hails from Hartswood Films in association with Warner Bros. Television.

“HBO is the perfect home to tell this incredible story with all the scale and space it needs, and we’re delighted to be working with Warner Bros to bring Steven’s thrilling vision of the novel to life,” Hartswood added.

Also Read: 'Won't You Be My Neighbor?' Crosses $20 Million at Indie Box Office

This is the first small screen adaptation of the Niffenegger novel, which was previously made into a feature film starring Rachel McAdams and Eric Bana in 2009.