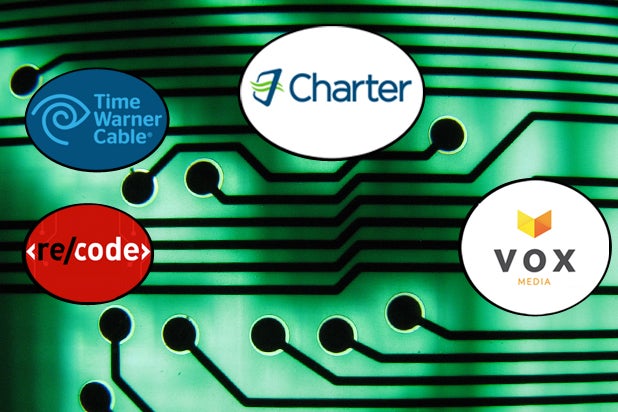 Global media looks set to ride its biggest merger wave in a decade as companies of all shapes and sizes are on the move, nudged by new entrants, spooked by disruptive technology and encouraged by a brighter global economy.

Throw in significantly smaller deals, like Vox Media’s purchase of Re/code this week, and even failed ones, like ITV’s bid for The Weinstein Company’s TV division, and it’s clear that a diverse panoply of media businesses are seeking some degree of digital dominance, leverage or global scale.

According to a poll of 70 top international media executives published this week by Ernst & Young, 56 percent of media and entertainment companies plan to pursue acquisitions over the next 12 months. Nearly 30 percent have more than five deals in their pipeline (versus 11 percent across other industries) and 89 percent are looking cross-border.

EY’s annual Media & Entertainment Capital Confidence Barometer cites a cocktail of newfound optimism in the economic climate and nagging uncertainty given the constant shifts in how people consume entertainment.

Some 77 percent of executives surveyed were confident the global economy is finally on an upswing after years of crisis. Prices are seen as relatively stable and there’s less of a valuation chasm between buyers and sellers, which “may allow for more productive negotiations,” EY said.

Executives expect the M&A stampede to include a high volume of smaller, complementary deals to enhance digital capabilities, allowing companies “to seize opportunities that position them for the future.”

They say the biggest stumbling block to closing deals has become the sheer number of shoppers. Rivals are bound to swoop in.

Charter faced down a few competitors in its pursuit of Time Warner Cable, emerging with the prize only after the FCC kiboshed an earlier bid from Comcast and French group Altice pulled out. The Charter deal was also spurred by low interest rates, which prodded John Malone to pile on $20 billion in debt to finance the deal. Low rates have been a real boon to M&A.

“You’ve got the lowest interest rates in the history of the civilized world. Anyone who likes leverage has to leverage up. A guy like Malone is saying, ‘Find me deals because we’ve got cheap interest,'” John Tinker, an entertainment analyst at Maxim Group, told TheWrap.

Tech companies, which tend to have more net cash than traditional media, aren’t as focused on interest rate calculation but face another hurdle — massively inflated private market valuations. Company values are often so high that it can be hard for them to find buyers or to go public. Snapchat, which famously spurned a $3 billion offer from Facebook in 2013 and is now valued at around $15 billion, wants to move ahead with an IPO, CEO Evan Spiegel said this week.

Cable operators have more immediate worries, threatened by escalating programming costs and cord cutting. Getting bigger by merging gives them more leverage with programmers as well as a wider base of high-speed Internet customers.

If every action has an equal and opposite reaction, programmers may usher in the next wave of deals. “Programmers have to respond to Charter-Time Warner. They’ve all said no to cuts in programing costs. They will have to bulk up,” Tinker said.

AMC Networks, Lionsgate and Starz — all independent, publicly-traded companies — have been on-and-off targets of takeover speculation for years.

But, noted one analyst, the industry may want to “first figure out what’s going to happen to Viacom” and its stable of channels.

Programmers are also getting squeezed by digital rivals. “Amazon’s winning Emmys. And they have been very clear they want to make movies and very clear they will follow a disruptive system…Netflix goes from strength to strength and the idea is that they will start spending less” on programming, Tinker said.

In a cross-border world, the EY report said that mature markets remain most alluring for media deal-makers, led by the U.S., the U.K., the Netherlands and Australia. China and India are the emerging markets of choice.

France’s Altice may have backed away from Time Warner (because, according to CEO Patrick Drahi, the company wasn’t ready to absorb such a big deal in a new market) but it had recently acquired U.S. cable operator Suddenlink for $9.1 billion.

The reportedly scotched Weinstein-ITV deal (neither company would comment) may open the door to former suitors, such as Dutch group Endemol and Sky of the U.K., or end with the Weinstein’s spinning off the unit into a public company that could be picked off later.