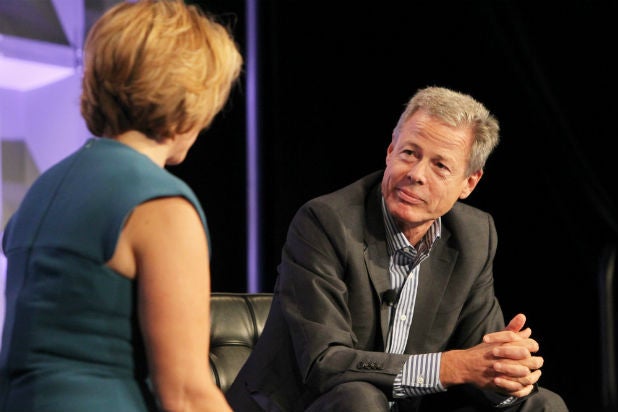 Time Warner and its Chairman and CEO, Jeff Bewkes, have agreed to extend the term of his employment agreement another three years through 2020, the media corporation announced Thursday.

“The Board of Directors is delighted that Jeff has agreed to extend his employment agreement for another three years,” said Steve Bollenbach, the company’s Lead Independent Director. “Since becoming CEO, Jeff has transformed the company to focus on video content, capitalized on the combined strength of Turner, HBO, and Warner Bros., and delivered consistently strong operating and financial performance.”

During the time Bewkes has served as CEO, Time Warner has delivered a total shareholder return of 162 percent, well ahead of both the S&P 500 and the average return of the company’s media peers.

“More importantly, Jeff has developed and is executing the right long-term strategy for our company in a changing media landscape: one that uses the scale of our film and television businesses not just to create compelling video content that appeals to an increasingly diverse, worldwide audience, but also to lead the industry in developing innovative ways of distributing that content to consumers on both traditional and emerging platforms,” added Bollenbach. “We are very fortunate to have Jeff at the helm as we move forward with a strategy that positions Time Warner for sustainable success far into the future.”

The agreement does not change Bewkes’ compensation, which consists of base salary, annual bonus, and long-term equity incentives.

Before joining the corporate management of Time Warner, Bewkes served as Chairman and CEO of HBO from May 1995 to July 2002, and as President and COO of HBO from September 1991 to May 1995.