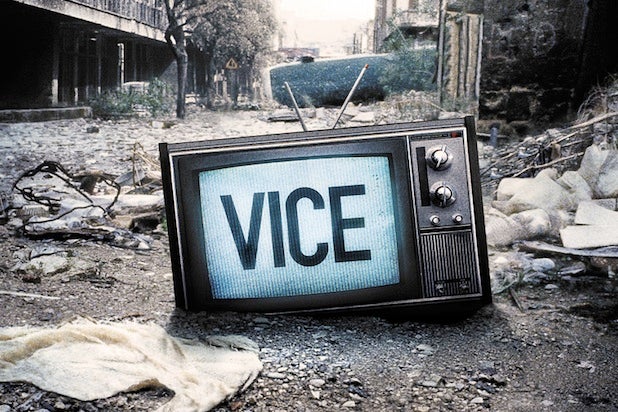 Time Warner has exited talks to acquire a large stake in Vice Media.

According to the New York Times, sources close to the situation said  negotiations ended after the media companies could not agree on the valuation of Vice. The two companies were discussing a joint venture, including a potential situation where Time Warner would give Vice control of cable news channel HLN.

The deal would have boosted Vice’s visibility with a 24-hour network that reaches more than 100 million households. Currently, Vice produces a limited number of news packages, including its HBO show, but a joint venture with Time Warner would greatly increase the media company’s reach.

Though for the last full quarter, 2014’s Q2, HLN was fourth in primetime, tumbling 34 percent year-over-year to 340,000 total viewers and dropping 30 percent in the key 25-54 cable news demo to 124,000.
Also read: Glenn Beck’s The Blaze Talks to Time Warner About Replacing HLN
Across a total day demo measurement, HLN’s Q2 was down 26 percent year-over-year to an average of 105,000 viewers, tying CNN — which was down 35 percent — for second place. The two related cable news channels slightly topped fourth place MSNBC’s 103,000 viewers, which had slipped 16 percent. Fox News was once again in first place per the metric.
Earlier, Time Warner was also in talks with Glenn Beck‘s The Blaze, a conservative 24-hour news and entertainment network funded by subscriptions and founded by Beck, a right-wing talk show host who built a huge following on Fox. An insider told TheWrap that The Blaze gave Time Warner two proposals, but neither went forward.

Time Warner and Vice have not responded to TheWrap’s request for comment.