Time Warner can’t wait to get rid of AOL.

The company’s revenues declined 9 percent during the second quarter – to $6.8 billion — driven down by lower revenues at AOL, Time Inc. and film businesses.

Revenues at its filmed entertainment segment were propped up by the unexpected success of “The Hangover” — but still fell 9 percent (to $2.3 billion) during the quarter due mainly to lower DVD sales. 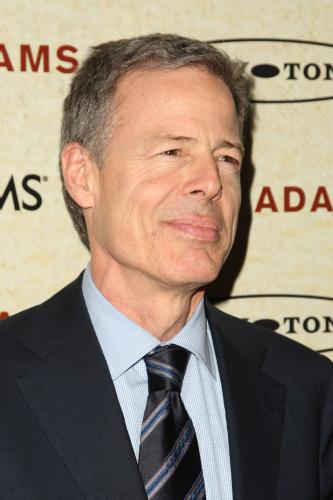 Publishing revenues plummeted 22 percent (to $915 million) due to the continued slump in print advertising and a slide in subscription revenue from its magazines. AOL’s revenues ($804 million) slid 24 percent during the period, also driven by hemorrhaging ad sales.

Yet Jeffrey Bewkes, the company’s chairman and CEO (pictured), said he was “encouraged” by the results, “despite the difficult economy.”

The company expects to finish the year with “considerably stronger performance than most of our media competitors,” he said.

He added that the company is “on track” to spin off AOL “around the end of the year” — part of the Time Warner’s plan to focus on its “core content businesses,” including HBO, CNN, the Warner Bros. film studio and, for the time being, Time Inc., its publishing unit.

During a conference call, Bewkes noted that its “Harry Potter” franchise — which had a record $400 million opening for “Harry Potter and the Half-Blood Prince” — has been hugely successful, and “there are two more installments left.”

“The Hangover,” he said, just became the highest grossing R-rated comedy of all-time — “proving we are funniest of the major media companies,” Bewkes joked.

The premiere of HBO’s True Blood, he added, was the network’s most-watched show since the finale of “The Sopranos.”

Revenues at its networks rose 5 percent to $3 billion, helped by higher subscription rates at Turner and HBO.

The media conglomerate spun off Time Warner Cable in March, and industry onlookers have long speculated that the company may move to spin off Time Inc. after AOL.