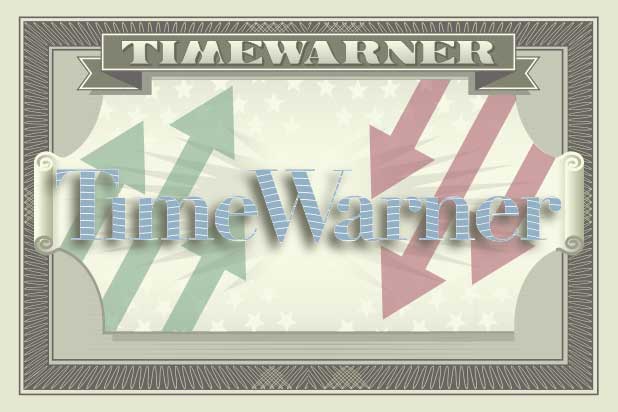 Both AT&T and the Department of Justice are probably poring over Time Warner’s first-quarter 2018 earnings release early this morning. We would be, and there is lots to see.

The Jeff Bewkes-led corporation, currently battling the government in a potential big-money merger with Randall Stephenson’s company, experienced what we in the business of reporting on business call a “mixed bag” with its Q1 financial results. Though AT&T delivered a solid beat on both earnings per share (EPS) and in revenue, its operating income dropped 8 percent. That decline would have been worse without adjustments.

The revenue number is up 3 percent overall, and the adjusted EPS grew 37 percent from the same quarter last year. Forty-nine cents of Time Warner’s earnings per share can be credited to tax reform — thanks Donald Trump!

Higher programming costs at Turner and HBO were a leading contributor to the down operating income figure, which still clocked in at $2 billion.

“We’re off to a strong start to 2018 and we remain on track to meet the financial goals we laid out at the beginning of the year, as we continue to execute our strategic objectives, including investing in and delivering the most compelling content to audiences around the globe and across platforms,” Bewkes said in written remarks accompanying the financials. “Turner had another successful multiplatform airing of the NCAA Division I Men’s Basketball Tournament, while CNN was the #1 news network among adults 18-34 and remained the leader in digital news. Additionally, year-to-date, TNT’s ‘The Alienist’ is the #1 new cable drama and TBS’s ‘The Last O.G’. is the #1 new cable comedy. Home Box Office had another standout quarter and recently had the much-anticipated return of ‘Westworld’ (produced by Warner Bros.), which saw viewership of the second season premiere episode increase 13% compared to the prior season’s average.”

“Warner Bros. remained a leader in television production with top comedies like ‘The Big Bang Theory’ and ‘Young Sheldon’ and top unscripted series, including ‘The Voice,’ ‘The Bachelor’ and ‘Ellen’s Game of Games,’ airing across the broadcast networks,” the chairman and CEO continued. “Theatrically, Warner Bros.’ latest sci-fi epic, ‘Ready Player One,’ which opened at the end of March, is off to a strong start at the global box office and is the studio’s highest grossing film ever in China. We look forward to the resolution of the legal challenge to our pending merger with AT&T and remain excited about the benefits of the merger, such as the potential to further strengthen our businesses by accelerating our innovation and increasing our ability to connect more directly with consumers.”

Time Warner is skipping another investor call due to its pending acquisition by AT&T. Shares of TWX stock closed Wednesday at $96.28, up 24 cents for the day. TWX is currently down almost a dollar per share in pre-market trading.