More than 3,000 women have reached out for help to combat sexual abuse or assault in the six months since the TimesUp Legal Defense Fund was launched by a group of Hollywood women, a panel of the group’s leading activists said on Wednesday.

“We’ve had 3,000 women contact us, and we’ve had over 700 attorneys join the network,” Sharyn Tejani, the executive director of the TimesUp Legal Defense Fund, said at TheWrap’s Power Women Breakfast in Washington, D.C. The lawyers offer a free consultation to those who contact the fund, which has raised over $20 million to help low-income and underprivileged women address sexual abuse, she said.

Tejane was joined on the panel by actress and TimesUp co-founder Amber Tamblyn and Democratic and TimesUp activist Hilary Rosen, who described the progress the fund has made providing services to low-income women from all professions seeking redress for harassment claims.

“A patriarchy’s worst fear was that we are all going to get into a room together and start talking,”  Tamblyn said during a panel discussion moderated by Washington Post gender columnist Monica Hesse. “For me, TimesUp exists so that no woman or man ever has to say MeToo again, that’s the fundamental soul of what we’re doing.” 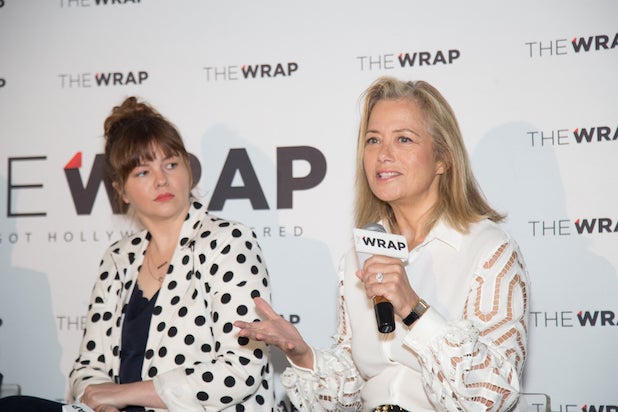 In a standing-room only ballroom at the W Hotel, the breakfast event also featured a panel of National Geographic photographers and explorers, including Asha Stuart, Beverly Joubert, Erika Larsen, Hannah Reyes Morales and Jess Cramp. The panel was moderated the magazine’s editor-in-chief, Susan Goldberg.

National Geographic CEO Courteney Monroe and Senator Amy Klobuchar each made welcome remarks to the room filled with more than 100 influential women in media, film and politics. The Power Women Breakfast series brings together influential women of entertainment, media, technology and brands in key cities to network and connect. TheWrap has built a broad power base of professional women who are decision makers and mothers, leaders and wives, innovators and activists. The franchise is now in six cities including Los Angeles, New York, Austin, San Francisco, Washington, D.C. and Miami.

“TimesUp really was created as an organization for empowerment for gender equity in the workplace, for changing behavior in the workplace,” Rosen said. “Every single day, I pay homage to these privileged women in the entertainment industry whose gift was really to figure out how to help low wage workers.”

On the photography panel, the women shared often-harrowing stories of their experiences living among different cultures and in some cases overcoming adversity they themselves have faced.

“I live in the South Pacific and there is a romanticized view of what that means. One in three women in the Pacific are victims of domestic violence,” said Cramp, who is a shark researcher. “That’s prevalent throughout the community. Women are not seen as strong, they’re not seen as leaders … there is a culture of shame and silence. You really have an oppressed society.” 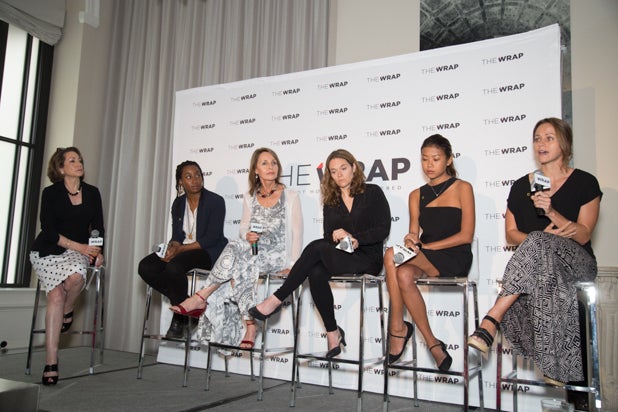 Morales, who comes from the Philippines and focuses on human trafficking in her work, said she often faced unique struggles as a women in her home country. “In the Philippines, women who are in the sex trade are often viewed as gold diggers … but when you talk to many of them there’s a common thread that they are breadwinners,” she said.

All of the women agreed that social media was an incredibly powerful took but that it needed to be employed cautiously.

“I work as a digital nomad,” said Stuart, who has documented rural village voodoo ceremonies in Haiti and acid attack burn wards in India. “One of the things that I’ve seen in the connectivity of being able to post a video on Facebook and come back and see millions of views is incredible. Media can go all across the world in a second.” 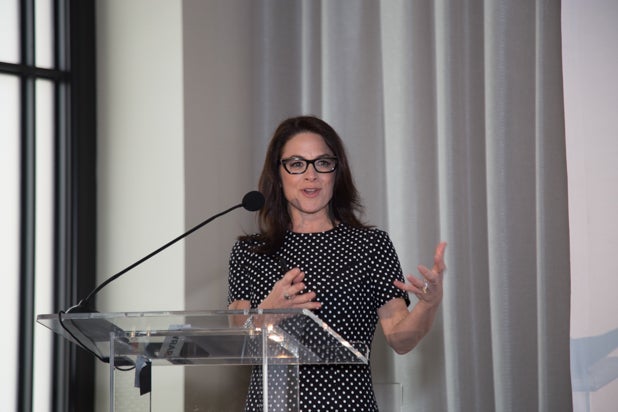 Iranian feminist and human rights activist Masih Alinejad talked about her battle to win the right to remove her head covering, the hijab,   in her conservative religious country. Alinejad now lives in exile in the United States, but cannot leave the country because of the travel ban.

“This is also coming as the law,” she said. “the law actually sees us as a disabled person.”

Also Read: Time's Up on Electronic Dance Music: 2018 EDC Festival Opens With Most Female Artists Ever 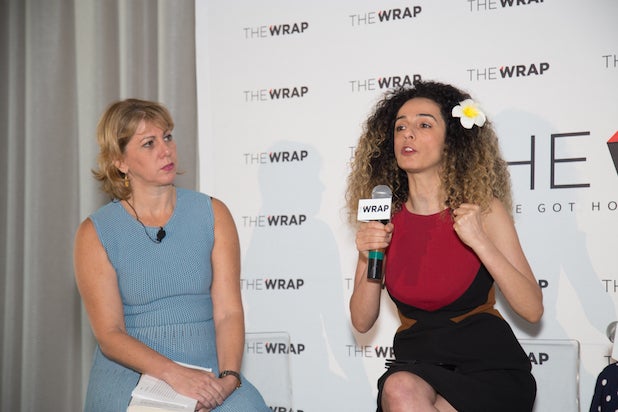 Alinejad, an activist and author of “The Wind in My Hair: My Fight for Freedom in Modern Iran,” has launched a social media campaign against the compulsory head covering, which has often put her on the wrong side of the nation’s ruling clerics. In addition to promoting her cause, she also had tough words for Western feminists arguing they they often did more harm then good.

“In America when I talk about compulsory hijab, I often get this question that you know this is a cultural issue. It’s not. Before the revolution we had the right to choose what we wanted to wear in Iran. Compulsion was never part of Iranian culture,” she said.

Alinejad was joined on the panel by veteran national security policy expert Michele Flournoy, a former Undersecretary of Defense during the Obama administration.

The breakfast was sponsored by National Geographic and Creative Future.

Watch video of the event below.