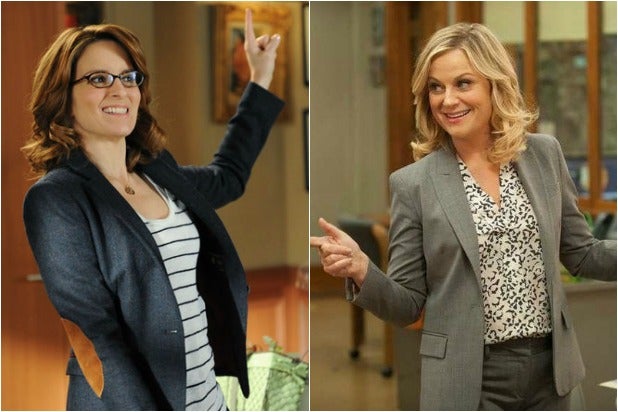 Could Liz Lemon be a future guest at one of Leslie Knope’s Galentine’s Day brunches? If Tina Fey isn’t completely joking, there’s a chance!

The former “30 Rock” star didn’t seem too keen on the idea of reviving her NBC comedy when talking to Entertainment Tonight on the 72nd annual Tony Awards red carpet Sunday. However, if she could get BFF Amy Poehler on board, it seems there might be another fun way to breathe new life into two dead Peacock series: “30 Rock” and “Parks and Recreation.”

Also Read: 'Parks and Rec' Reunion: Amy Poehler Says 'We Would All Do It' (Video)

OK, Fey was kidding right? (Insert world’s biggest Liz Lemon eye roll here.) Fine, she may have been teasing, but Poehler certainly wasn’t when she said she and the rest of the “Parks and Rec” cast would happily team up for a reunion of that show.

“Oh my God,” Poehler said last month while appearing on the “Ellen DeGeneres Show” with Nick Offerman, a fellow alum of the Mike Schur comedy. “I know, I’ll speak for everybody and say we would all do it. I think we’d all do it someday. It would be amazing.”

“Amy’s the boss of the show, so she can speak for everybody,” Offerman added.