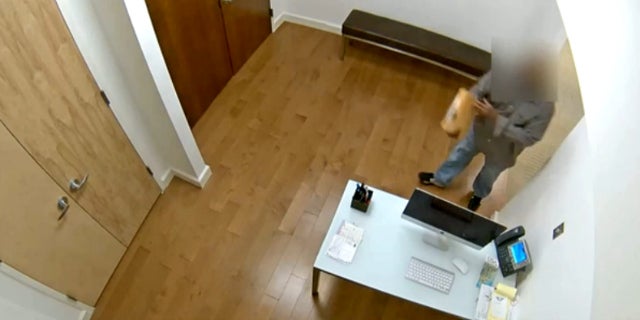 Fortunately for everyone — minus her and CBS' respective attorneys — Fey played the real surveillance footage on Wednesday's "Late Show."

The "30 Rock" creator and actress downsized from a staff of 200 from her NBC hit, to an office of just three people as she works on concept for her next comedy.

When her small staff was asked to go downstairs to sign for a delivery, one of her moving men allegedly went upstairs and stole Fey's laptop, barely concealing it in a manilla envelope. And it's all caught on a surprisingly clear surveillance camera.

Fey went to the police, but she felt pretty silly doing that.

"It's hard, because New York's a big city and you're like, 'Some guy stole my jokes!'" she told Letterman.