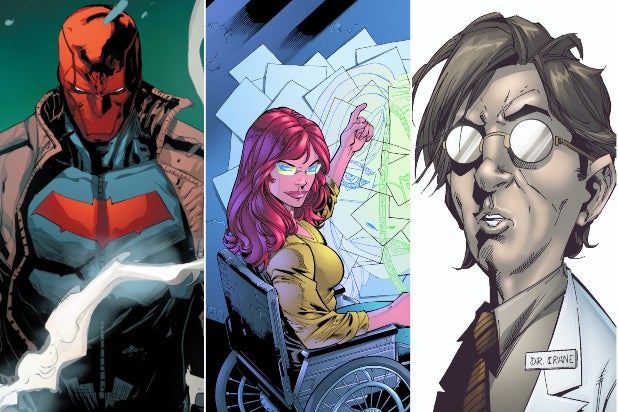 “Titans” continues to dump out its DC Comics toy chest, adding Red Hood, Dr. Jonathan Crane, and Barbara Gordon for its upcoming third season, which will be set primarily in Gotham City.

The casting announcements were revealed Saturday as part of DC Fandome.

Curran Walters, who plays Jason Todd (aka the second Robin after Dick Grayson) will don the new Red Hood identity on the coming season.  In the comics Todd was killed by the Joker during the infamous “A Death in the Family” arc, only to be brought back from the dead by Batman arch nemesis Ra’s al Ghul. Warped and embittered by the experience, he takes the name and general aesthetic from one of Batman’s earliest villains, Red Hood — who as it happens was the original criminal identity used by the man who would later call himself Joker — and becomes a ruthless, often deadly vigilante.

Dr. Crane is best known by his villainous alter-ego, Scarecrow, who induces his enemies with his fear-based toxin. In “Titans” he is now an inmate in Arkham Asylum and offers his services as a profiler and consultant for the Gotham City Police Department. Cillian Murphy played the character in Christopher Nolan’s Batman trilogy.

Barbara Gordon, meanwhile, just happens to be the Gotham City police commissioner and long past her days as Batgirl. Although she has a past relationship with Dick Grayson (Brendan Thwaites), she is wary of the Titans now being in Gotham. Alicia Silverstone played a loosely-based version of the character in Joel Schumacher’s “Batman & Robin.”

Casting decisions for Crane and Gordon will be announced at a later date.

“Titans” is produced by Weed Road Pictures and Berlanti Productions in association with Warner Bros. Television. The series was developed by Akiva Goldsman and Geoff Johns & Greg Berlanti, based on characters from DC. Geoff Johns, Greg Berlanti, Greg Walker, Sarah Schechter and Richard Hatem are the executive producers.