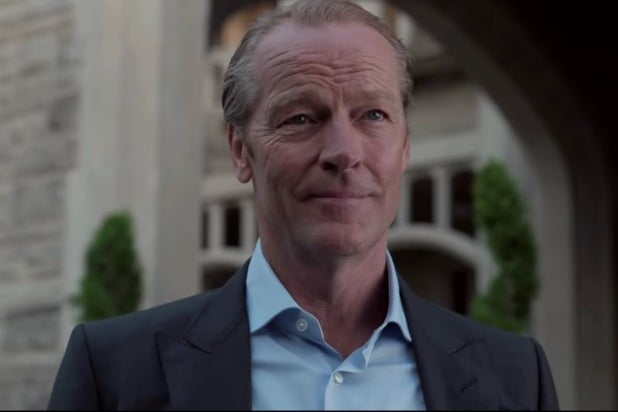 When “Titans” returns for its second season on Friday, the DC Universe series will add a slew of characters, none bigger than Batman himself. But the version who “Game of Thrones” alum Iain Glen will portray will exclusively focus on the Bruce Wayne side of Gotham City’s most famous vigilante’s double life.

“He’s still Batman,” showrunner Greg Walker told TheWrap. “We just don’t see him with the cape and cowl running around, and the bat signal.”

Batman is Warner Bros.’ most lucrative DC Comics character, one in which the company has been fiercely protective. The character has already toplined two separate film franchises, with Robert Pattinson set to lead a third, beginning in 2021 with Matt Reeves’ “The Batman.” Glen’s version of Wayne is just one of the ways that DC Comics-based TV shows are incorporating as much of Batman as they can into their worlds, despite the character remaining off-limits on the small screen.

This gave “Titans” an opportunity to portray Batman, who has already been played by seven different actors, in a different light: How the years of being a masked vigilante affected Bruce on a personal level. “Bruce is really good at being Batman, but he’s horrible at being Bruce,” Walker explained. “He’s kind of taken an aspect of his personality, and an identity, and focused on that at the expense of being a person that has to deal with relationships.”

“Titans,” based on the popular “Teen Titans” comic, is centered on Dick Grayson (Brenton Thwaites) long after his days as Batman’s crime-fighting sidekick. Even though Batman wasn’t physically present in Grayson’s life, Walker argues it’s pretty much impossible to tell a Robin story that doesn’t include Batman in some way. The first season had references to Batman and (purposely) hard-to-see shots of him using stuntmen.

“Bruce Wayne was a character last year in a huge way, in terms of the psychological battle that Dick was going through,” Walker said. “To actually have a relationship with a live, walking and talking Bruce Wayne seemed to be the next step if you’re going to do this in an emotionally grounded, psychologically real way.”

Also Read: With Batman Off-Limits, How Some DC Comics TV Shows Have Found a Workaround

The second season will focus on Grayson trying to bring the Titans back together following their encounter with Trigon at the end of Season 1. Walker said that every member of the Titans will have their own feelings toward Wayne that will play out this season.

Along with Wayne, “Titans” is adding more characters from DC Comics’ toy chest including Esai Morales as the villain Deathstroke. Other characters that will be introduced include Jericho (Chella Man), Aqualad (Drew Van Acker) and Superboy (Joshua Orpin).