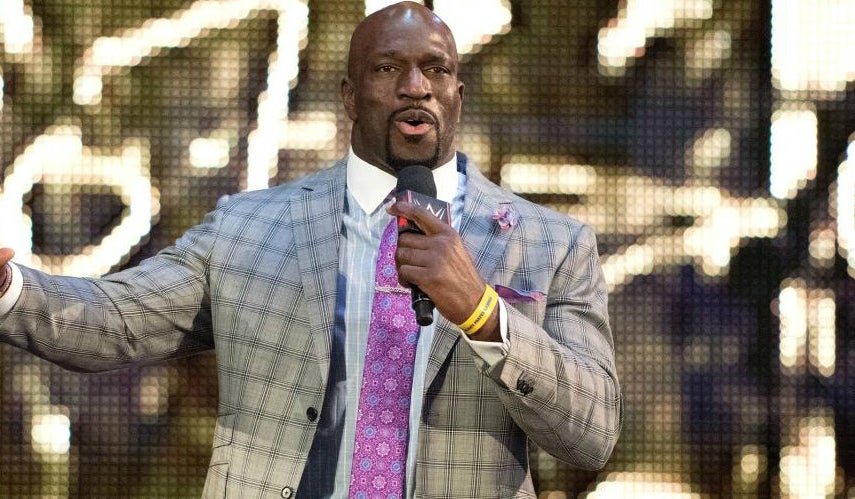 During Friday’s Greatest Royal Rumble Match in Saudi Arabia, the WWE Superstar and leader of Titus Worldwide tripped and ate ground at the very end of his (attempted) ring entrance. We thought announcer Corey Graves was going to die from laughter — as O’Neil died of embarrassment.

Watch this pro-wrestler’s nightmare play out:

Retweet If This Show Is Now Named The Greatest Royal Botches pic.twitter.com/PAqOujE2pZ

Yeah, the 6’6” specimen ended up completely under the mat. Ironically, that’s probably exactly where O’Neil wanted to crawl and die in the moment.

It probably goes without saying, but Titus didn’t win the match — Braun Strowman did.

At least O’Neil’s face plant wasn’t the only fail of the day — check out this epic botch by Jinder Mahal and Jeff Hardy during their United States Title match. And the way the Universal Championship was decided didn’t exactly seem to go according to plan either.

Not your best stuff, WWE.