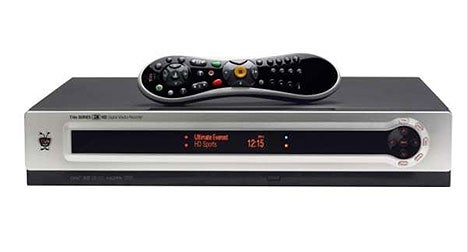 Not content to rule digital television recording, TiVo is branching out.

The company's latest devices will offer web videos, movies and music alongside its traditional TV-recording capabilities.

The new will work with cable operating systems and Verizon Fios and will begin shipping in April. Monthly fees begin at $12.95. It will not work with AT&T's U-Verse or Dish Network or DirecTV's satellite services.

By branching into music and movies, TiVo hopes to differentiate itself from an ever-growing list of internet devices and DVRs. During its most recent quarter, the company's subscriptions fell by more than 20 percent.

With TiVo Premiere, subscribers will be able to find find programming from a wide array of programming partners, including Netflix, Blockbuster On Demand, You Tube and Pandora. Content can be streamed or downloaded and stored for future use. To handle the web content, the new boxes incorporate Adobe Flash.

There's also a high-tech version of a parlor game of sorts, called "six degrees of separation," that enables users to view resumés for actors and cast lists for movies and TV.

The unit stores 45 hours of high-definition content; and the company is also offering a top-of-the-line version, called TiVo Premiere XL, that sells for $500 but records 150 hours of high-def programming.

"It has never been this easy to get all your entertainment in one place — on the big screen, in HD, right at your fingertips," TiVo's President and CEO Tom Rogers said in a statement. "TiVo Premiere is your new cable box, it's your movie box, it's your web box and music box; it's the one box that can give you access to almost anything you want, whenever you want it. We've taken millions of pieces of content and organized it for you in a way that makes so much sense you'll wonder how you ever lived without it."