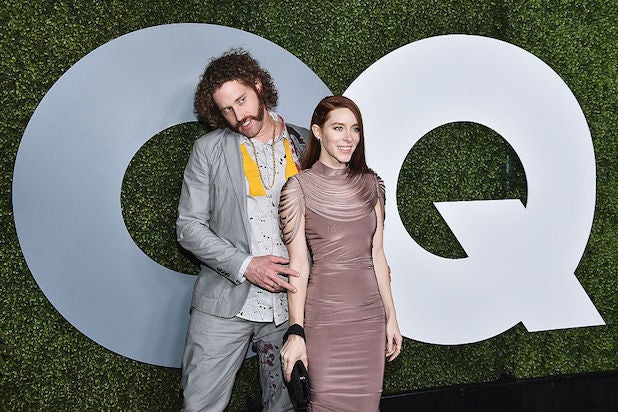 “Silicon Valley” star T.J. Miller is still on as host of the Critics Choice Awards on Sunday despite being arrested for allegedly attacking his Uber driver on Friday morning.

“TJ is our host. We can’t wait to see what he does on Sunday!” Broadcast Television Journalists Association president, Joey Berlin told TheWrap on Friday.

Miller was arrested on Friday morning, according to the Los Angeles Police Department.  The driver then called 911. TMZ reported that Miller and the driver had an altercation about Donald Trump.

The citizen’s arrest was phoned in around 1 a.m. by Miller’s car driver on the 6900 block of Camrose Drive in Hollywood. Police arrested Miller at his home. He was charged with battery and released on his own recognizance. His manager did not immediately respond to TheWrap’s request for comment.

According to TMZ, Miller attended the GQ Man of the Year party, and the driver claimed that the “Deadpool” actor slapped him. The driver didn’t have any visible injuries, the site reported.

Miller has been critical of Trump, even trying to burn a Trump tie on “Conan.” He tweeted during the presidential election, “Trump is a madman. He’s a lunatic. He’ll ruin us globally. Let’s f— him up in November.”

Let's stop this nonsense. Trump is a madman. He's a lunatic. He'll ruin us globally. Let's fuck him up in November.https://t.co/cqDuWwaI6k

It’ll be interesting to see what, if anything, Miller has to say about the arrest when he takes to the stage for his hosting gig on Sunday.