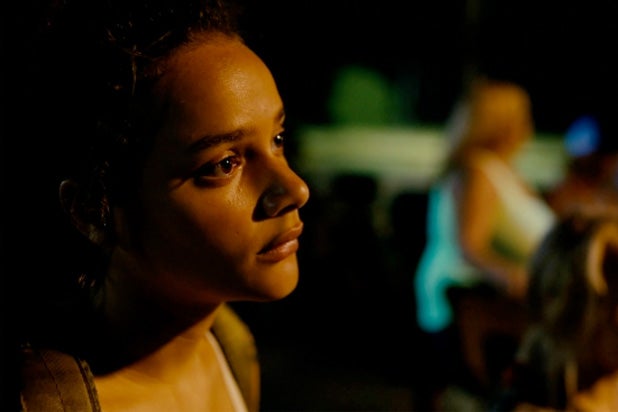 Andrea Arnold’s raucous travelogue “American Honey” has been named the best independent British film of 2016 at the British Independent Film Awards, which took place on Sunday night in London.

Arnold was also named best director for the film.

Hayley Squires beat her “I, Daniel Blake” castmate Johns to win the award as most promising newcomer, while “American Honey” cinematographer Robbie Ryan won in a crafts category that also included a casting director, an assistant director, an editor and a sound designer.

Babak Anvari won the award as the best British debut director for “Under the Shadow,” his Iran-set horror film that is currently in the running as the UK’s entry in the Oscar foreign-language race.

“I, Daniel Blake” had gone into the ceremony with the most nominations, seven, followed by six for “American Honey,” the documentary “Notes on Blindness” and the Iran-set horror film “Under the Shadow.”

Barry Jenkins’ “Moonlight” won the award for Best International Independent Film. Other nominees in the category included current awards favorite “Manchester by the Sea”; last year’s Oscar nominee in the foreign-language category, “Mustang”; and this year’s contender in that category, “Toni Erdmann.”

The only two films to win the top award at British Independent Film Awards and also win the Oscars for Best Picture are “Slumdog Millionaire” and “The King’s Speech.” But BIFA’s Best Foreign Independent Film has given prizes to “Room,” “Boyhood,” “A Separation,” “The Lives of Others” and “All About My Mother,” all of which have won Oscars in other categories.

BIFA nominations are made by about 150 members of the organization, which is open to filmmakers and heads of departments on past BIFA-nominated films, as well as to film professionals with significant experience in independent film. The winners are then chosen by a jury of professionals from the British film industry.

Here is a list of the British Independent Film Awards nominees. Winners indicated by *WINNER.

Best British Independent Film
“American Honey” *WINNER
“Couple in a Hole”
“I, Daniel Blake”
“Notes on Blindness”
“Under the Shadow”

Best Documentary
“The Confession: Living the War on Terror”
“Dancer”
“The Hard Stop”
“Notes on Blindness” *WINNER
“Versus: The Life and Films of Ken Loach“

Best Screenplay
Babak Anvari for “Under the Shadow” *WINNER
Andrea Arnold for “American Honey”
Christopher Hyde and Billy O’Brien for “I Am Not a Serial Killer”
Paul Laverty for “I, Daniel Blake”
Rachel Tunnard for “Adult Life Skills”

Best Actress
Kate Dickie in “Couple in a Hole”
Sasha Lane in “American Honey” *WINNER
Narges Rashidi in “Under the Shadow”
Hayley Squires in “I, Daniel Blake”
Jodie Whittaker in “Adult Life Skills”

Best Actor
Steve Brandon in “My Feral Heart”
Shia LaBeouf in “American Honey”
Michael Fassbender in “Trespass Against Us”
Dave Johns in “I, Daniel Blake” *WINNER
Max Records in “I Am Not a Serial Killer”

Breakthrough Producer
Michael Berliner for “Adult Life Skills”
Camille Gatin for “The Girl With All the Gifts” *WINNER
Dionne Walker for “The Hard Stop”
Mike Brett, Jo Jo Ellison and Steve Jamison for “Notes on Blindness”
Paul Fegan for “Where You’re Meant To Be”