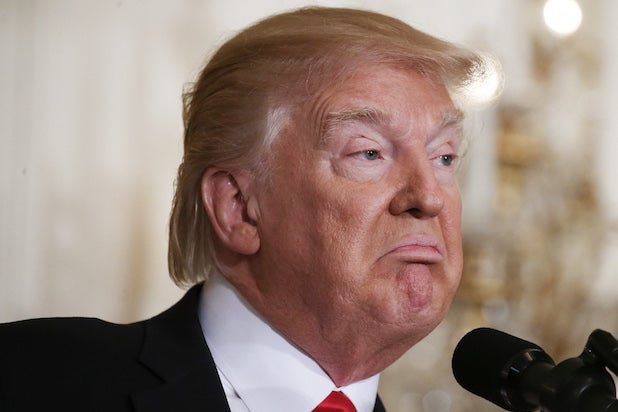 A new “Mainstream Media Accountability Survey” appears on the GOP’s website, as well as President Trump’s own site. It essentially asks Americans to chime in on what administration keeps referring to as “the opposition party” — in other words, the media.

The survey refers to Trump’s administration as a “movement,” and starts by asking, “Do you believe that the mainstream media has reported unfairly on our movement?”

MSNBC, CNN and Fox News each have their own dedicated question, with the survey asking if they are trusted when it comes to Trump coverage.

Also Read: You Will Never Believe the Survey Trump Put on His Website

While the entire 25-question survey is decidedly odd, some might argue it’s also loaded. Check out the 11 weirdest questions from it that we’ve selected:

Now, do you believe this survey is truly bizarre? Let us know what you think in the comments or tweet @TheWrap.