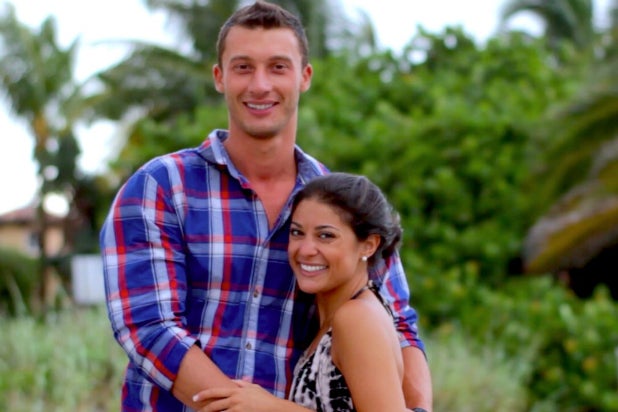 TLC is making a big return to property programming with three new series — including one about playhouses — unveiled by network brass Thursday at its upfront presentation. The reality-heavy cable channel also spun off its “90 Day Fiance” for a follow-up show, and greenlit a series showcasing a Missouri tattoo shop, “Ink Ink Shop.”

“Too Close to Home” follows a young woman who escaped her working-class upbringing to discover unparalleled success in the fast-paced Washington, D.C. political circuit, only to find herself at the center of a scandal. After a steamy affair with a married senator makes national headlines, she is forced to return to her trailer-park beginnings, where her past, and everyone in it, resurfaces to complicate things.

Other previously announced new series include “Married to Design: Nate & Jeremiah,” “Sweet 15: Quinceañera,” “Meet the Putnams,” “Hidden Money Makeover,” and “Outdaughtered.” Plus, the channel has expanded upon its multiplatform push.

“At TLC, we want to give our viewers more of what they love, and more of what we do best — we tell stories of big, fascinating characters and we tell them without judgment,” said Nancy Daniels, president, TLC & Discovery Life. “We have long celebrated the differences that make us each unique, and this summer our new ‘I Am’ marketing campaign will engage our viewers like never before. This year we’re also making a big move into the scripted space with Tyler Perry and bringing back our beloved property programming with big names like Nate Berkus and Jeremiah Brent. We’re beyond excited to introduce our audience to new content and refresh a genre that TLC dominated for years.”

Below is TLC’s full slate, in the Discovery cable channel’s own words.

Scripted
In the second half of this year, TLC will launch its first scripted series. An eight-episode drama produced by Tyler Perry Studios, “Too Close to Home” (working title), tells the story of a young woman who escaped her working class upbringing to discover unparalleled success in the fast-paced D.C. political circuit, only to find herself at the center of a scandal. After a steamy affair with a married senator makes national headlines, she’s forced to go back to her trailer-park beginnings, where her past, and everyone in it, comes back to complicate everything. The cast and official premiere date will be announced later this year.

Home and Property
In late 2016, the network will make a big move back into the property space with star design couple Nate Berkus and Jeremiah Brent. “Married to Design: Nate & Jeremiah” (working title), produced by Asylum Entertainment, marks Nate and Jeremiah’s first venture into TV together and will follow the married couple inside and outside of the home, as they juggle married life and raising their adorable baby daughter, Poppy, while helping distressed homeowners turn a disaster into a dream home.

“Project Playhouse” (working title)
Tyson and Audy Leavitt are living their dream by creating the most elaborate, over-the-top playhouses in all of North America out of their family-run shop. From castles to pirate ships to ’50s diners, these playhouses are a far cry from the foursquare walls and tiny plastic homes you might be expecting — they have amazing angles, details like stonework and furniture straight out of a storybook. (High Noon Entertainment)

“Hidden Money Makeover” (working title)
Design expert Jill Martin and handyman Gage Cass show people around the country that their dream makeover isn’t out of reach. The jam-packed hour features real-life homeowners who turn their clutter into cash, and transform their eyesore living spaces into aesthetically-pleasing parts of the home. (Paper Route Productions)

“OutDaughtered “
Forty bottles a day, 420 diapers a week and feedings every three hours became the new normal for Danielle and Adam Busby when they welcomed home the only all-female set of quintuplets in the country. The series captures Danielle, Adam and their adorable 4-year-old daughter Blayke as they adjust to their new normal, while trying to hold on to the identities and lives they had cultivated before the five new additions arrived. It’s all hands on deck as the family relies on their tight-knit circle to make the most out of this incredible lifetime adventure. (The Boardwalk Entertainment Group)

“Meet the Putmans” (working title)
Bill and Barb Putman seem like the average American family-they’ve been married for 32 years, have four great kids and love to spend time with their grandkids. Yet their still-growing family lives a little bit differently than “normal.” That’s right, 25 people live under one roof and share one bathroom, pool all of their finances, and help raise all of the kids as one family unit. Each episode will not only detail the little things that test this family of 25, but also highlight those extreme “for better or worse” moments they experience as both couples and a family. (Discovery Studios/Mystic Art Pictures)

“Sweet 15: Quinceañera”
There are parties, and then there are Quinceañeras! TLC’s new series “Sweet 15: Quinceañera” celebrates the traditional rite of passage in a Latina’s life passed on from generation to generation, and a day of pride for the entire family. Turning 15 is a once in a lifetime event that commemorates the day a young girl enters into womanhood. Cousins Alexis and Jarling are Miami’s premiere Quinceañera party experts and dress-shop owners, and they do it all. Along with Alexis’ wife, Daniela, they work with their clients to create an unforgettable event. (High Noon Entertainment)

“90 Day Fiancé: After the 90 Days” (working title)
We follow some of the most memorable couples from “90 Day Fiancé” as they now face the next chapter in their marriages. The panicked countdown to the altar may be behind them, but the true drama is just starting to unravel as these newlyweds face life’s challenges with someone they barely know. (Sharp Entertainment)

“Ink Ink Shop” (working title)
Ink Ink in Springfield, MO is a tattoo shop like no other. Owner Kelsey Rogers set out to make it feel different from the burly, intimidating, traditional shop. All the artists are women and on any given day, the place is filled with soccer moms, sorority sisters,mother and daughters, brides — anyone is welcome. Kelsey has two other talented artists that work for her, Nikki and Megan, along with Brittany who does piercings. Though she can be tough, Kelsey has a huge heart and always makes time for family – she and her boyfriend live right above Ink Ink with his 3-year-old twins. (Big Fish Entertainment)