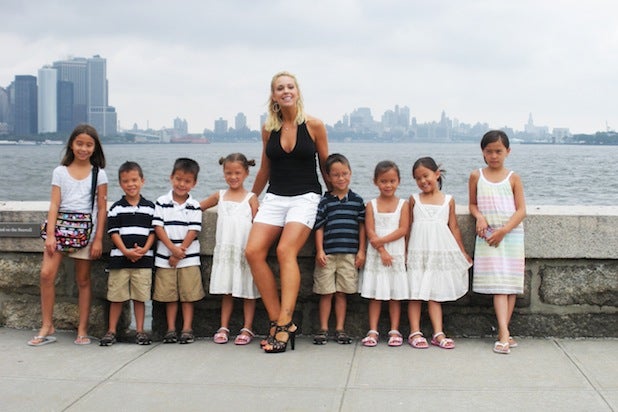 Kate Gosselin and her kids are returning to TLC for a one-hour special airing in June.

It has been more than two years since reality series “Kate Plus 8” ended its run. Twins Cara and Mady are now 13 years old, and the sextuplets — Alexis, Hannah, Aaden, Collin, Leah, and Joel — will turn 10.

The special will give fans more insight into what has transpired for the clan since the family left television — especially in light of the recent “Today” interview where the twins froze and generated headlines.

The special will also highlight Kate’s personal and professional life.

Originally titled “Jon & Kate Plus 8” when it premiered in 2007, the series was renamed “Kate Plus 8” for its sixth and seventh seasons after the parents separated.

One of TLC’s highest-rated programs, the fifth season premiere was watched by 9.8 million viewers. It was the most-watched show that evening including broadcast television, twice as many viewers as the show’s previous series high. Its last episode aired on September 12, 2011.