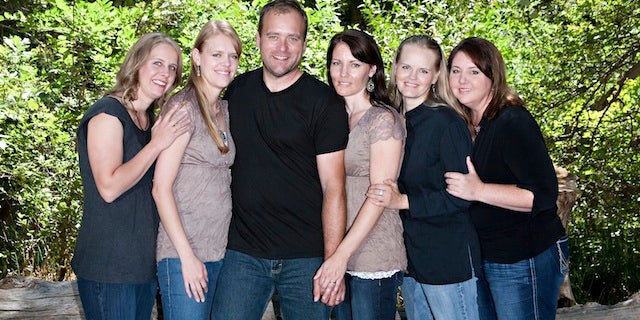 TLC is ready to introduce its viewers to a new polygamous family. But, if you're thinking this is a redux of its hit "Sister Wives" reality series, you may be pleasantly surprised by the show's twist on polygamist values.

One-hour special, "My Five Wives," will premiere on Sept. 15 at 9/8c and feature a polygamist family that left the Mormon Church in protest of its conservative beliefs, TheWrap has learned.

As TLC has been known to do, the success of the special may lead to a series pickup for "My Five Wives."

Brady Williams, his five wives and their total of 24 children, live outside of Salt Lake City. They believe in all kinds of progressive ideas they don't share with the Mormon Church, including equality for everyone and a God who accepts all people.

Shunned by their former Church brethren, the family says they are polygamous by choice and not just religious doctrine.

Produced by Relativity Television, the series also goes further into the family's intimate relationships than "Sister Wives." Cameras are allowed in the bedrooms and the women speak openly about their schedules with Brady.

Also read: 'Who Do You Think You Are?' EP Dan Bucatinsky Talks NBC Cancelation, Show's Changes at TLC

See the cast descriptions below:

BRADY WILLIAMS: Brady was born into the Mormon Church, but until age 16, he had never heard of polygamy. At that time, his parents converted to a faith that embraced the lifestyle. Until the age of 34, he grew as a church leader before he and his family decided to break away. Currently, Brady works as a project manager at his brother’s construction business while also pursuing a degree in philosophy at the local college.

PAULIE (1st Wife): Paulie and Brady have been married for 21 years and have six children, ranging in ages from 20 to nine years old. She was raised in a polygamist family and expected Brady to have additional wives, but she is also proud of her oldest daughter, who is recently married and plans a monogamous lifestyle. Paulie works as a dental hygienist.

ROBYN (2nd Wife): Robyn and Brady have been married for 20 years and have five children, ranging in ages from 19 to nine years old. Married about nine months after Paulie, Robyn also grew up in a polygamous home and expected to be a plural wife. Dubbed by the family as the “creative” wife, Robyn has taken a few art classes and loves making handmade gifts for her large family.

ROSEMARY (3rd Wife): Rosemary and Brady have been married for 18 years and have four children, ranging in ages from 17 to 11 years old. Rosemary used to work for the family construction business but stopped after winning a scholarship at the local college. She is studying for her teaching degree in music and biology and is particularly passionate about composing.

NONIE (4th Wife): Nonie and Brady have been married for 15 years and have five children, ranging in ages from 14 to four years old. Nonie was living in Montana when she first met Brady, and the two had a brief long-distance courtship before they got engaged. She currently handles the administrative side of the family’s construction business and is the only wife that works with Brady on a steady basis.

RHONDA (5th Wife): Rhonda and Brady have been married for 12 years and have four kids, ranging in ages from 13 to two years old. Rhonda, who is Robyn’s cousin, loves to work outside the home and is now a medical assistant. Despite their immediate bond, she confesses it still took eight years before she really felt like she belonged in the family. While Rhonda says there are downsides to polygamy, she loves that her kids always have other mothers around that love them.