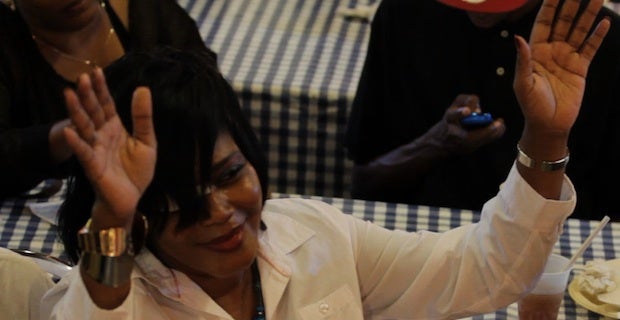 Continuing its track record for programming that highlights American subcultures, TLC will announce eight new unscripted series at its upfront presentation for advertisers on Thursday in New York City.

Coming off the success of its top rated (and often-debated) series “Here Comes Honey Boo,” “Breaking Amish,” “Long Island Medium” and “Sister Wives,” its new 2013-14 slate ranges from dating to dancing and death.

Most notably, the Discovery Communications-owned cable network has ordered “Best Funeral Ever” to series. Following the buzz of the special that aired in January, the series will pick up with the staff of a Dallas-based funeral home.

“TLC prides itself on telling authentic stories and going into the hidden cultures that spark conversations, evoke emotion and open eyes to a different way of life,” TLC’s general manager Amy Winter said in a statement.

“Our upcoming slate of new and returning series moves the network forward further with the compelling storytelling, real-life moments and trusted experts that our viewers will want to welcome into their homes, and tell their friends about,” she continued.

In all, the cable channel is going forward on an ambitious 52 new and returning series. See below for TLC’s descriptions for the eight new series to be announced on Thursday.

Alaskan Women Looking For Love (working title): When you’re in Alaska, the odds are you can find a man… but chances are the men are a little odd. TLC introduces five women – some of whom have never left the 49th state – who are dreaming of love and opportunity that they think can only be found on distant shores: Miami. Will their dreams come true with a more exotic romance, or will they realize all the heat they needed was back in Alaska? (3Q 2013)

Ballroom Blitz (working title): For some, amateur ballroom dancing is more than a passion – it’s a way of life. Whether a billionaire or someone struggling to make ends meet, these dance floor devotees will do anything it takes to prepare for their competitions and win it all. (4Q 2013)

Best Funeral Ever: The buzzed-about special now returns as a series. For most of us, death is a time to mourn. But for others, it’s a time to honor loved ones and celebrate their lives with home-going celebrations, services that turn the traditional funeral on its head. In its first season, BEST FUNERAL EVER goes inside the Dallas-based Golden Gate Funeral Home where John Beckwith Jr. and his staff organize the most unique ceremonies in the country, proving once again that, while you may be in a casket, it can still be fantastic! (4Q 2013)

Cajun Paranormal (working title): Go inside the world of 'Louisiana Spirits Paranormal Investigations,’ which was founded in 2005 by Brad Duplechien and Brandon Thomas because they are fascinated by ghosts, hauntings and other forms of paranormal phenomena… also, they had nothing better to do on the weekends. Now, these mismatched Southerners operate the largest paranormal investigation company in Louisiana. They have tackled over 500 cases and still haven’t killed each other… yet. (3Q 2013)

Husband Hunters (working title): They have the dress, the venue and the cake picked out… in fact, almost every detail is in place – except for the groom. For these focused women – their dream is getting married, and finding a husband has become their top priority. (4Q 2013)

My Teen Is Pregnant And So Am I: Having a baby is an intense emotional journey for any woman, but everything is heightened when mothers and their teenage daughters find themselves pregnant at the same time, as TLC explored in last year’s hit special. Now, returning as a series, MY TEEN IS PREGNANT AND SO AM I offers a captivating look inside as families struggle to deal with two generations of women sharing this life-changing experience together. And as their bellies grow, so does the tension. Through tears and turmoil, joy and heartbreak, these mothers and daughters have nine months to fight through their battles and learn to lean on each other while they come to terms with their extraordinary new lives. (3Q 2013)

The Good Buy Girls: Meet Brook Roberts and Tara Gray, two pageant girls turned home shopping hosts. They are sharp- tongued, ambitious and a little cutthroat – a duo that will stop at nothing to take their struggling home shopping network, DSN, to the next level. The series follows Brook and Tara as they cultivate new products and do everything they can to sell their way to the top. Nothing will discourage these girls – not even their stubborn boss or unconventional co-workers. (2Q 2013)

Women of Homicide: This new series will go undercover and follow the most elite female homicide detectives across the country, observing them on the job as they work to investigate the cases that plague their cities and catch the criminals behind these crimes. (4Q 2013)