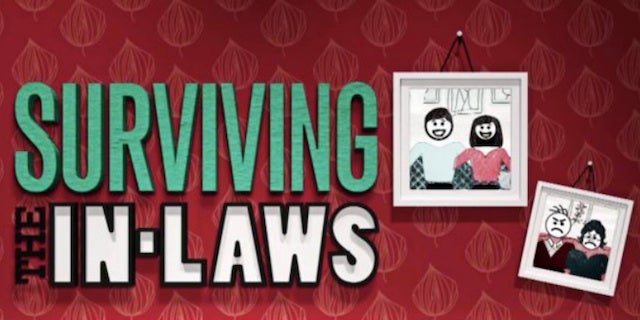 TLC is premiering its docu-scripted hybrid, "Surviving the In-Laws," on July 31.

While based on interviews with real people, the two-part series takes some liberties on these marital hell stories. It will act as a backdoor pilot for a possible series order down the road.

“We all have laugh-out-loud stories from our well-meaning, but over-involved in-laws, but for the sake of our relationships, we never really have the chance to tell them to back off," said TLC general manager Amy Winter in a statement.

Also read: Kelly Clarkson, Jim Parsons, Chelsea Handler Sign on for TLC's 'Who Do You Think You Are?' Revival (Video)

"'Suriving the In-Laws' is the perfect way to bring these relatable, and ridiculous, experiences to life, without getting the couple in trouble with their parents. Pushing into the scripted space but still based on real stories, 'Suriving the In-Laws' keeps the heart and humor TLC’s audience expects from our programming.”

Referring to the limited series co-produced with MAK pictures as "loosely scripted" in its Monday announcement, the stories were compiled from interviews with real people on their relationships with their in-laws and takes "creative license" in their retellings.

Of course, this step into scripted fare is shared by other cable channels that built their programing on documentary and reality offerings, including History, National Geographic and Bravo.

Watch the first preview below: