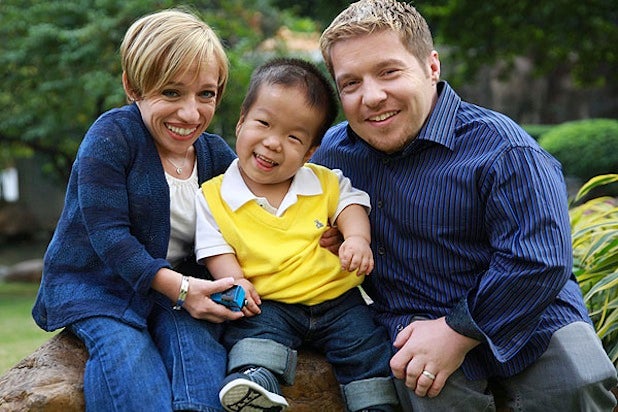 Jen Arnold, star of TLC’s “The Little Couple,” has revealed she is battling cancer and that she will share the experience with the show’s fans.

“I have recently been diagnosed with a rare type of cancer and am currently undergoing treatment, including surgery and chemotherapy,” she said in a statement to TheWrap.

“I am very fortunate as the prognosis is very good,” the 39-year-old continued. “While there is never a good time to get news like this; getting it just as we are building our new family is tough in many ways… but being surrounded by the love of my husband and our two beautiful children is actually in many ways giving me the strength to fight it even stronger.”

Additionally, Arnold will share the battle with her fans as TLC’s cameras continue to document her family.

“TLC has chronicled Bill and Jen’s lives since 2009 and at their request, we will be following them through this challenge,” a network representative said. “Jen is a doctor and teacher and she saw this as an opportunity to educate and possibly help, through sharing her story.”

In response to the news, fans are tweeting their support with the hashtag #GetWellJen. Arnold’s twitter account is @JenArnoldMD.

After years of struggling with fertility, Arnold and husband Bill Klein, who both were born with dwarfism, adopted two children. While TLC documented the process, the couple adopted three-year-old Will from China and recently brought home their new daughter from India, Zoey, 2.

Arnold, 39, is a Houston-based pediatric doctor specializing in newborn infants.

“The Little Couple” debuted in 2009 and documented Arnold and Klein, an entrepreneur who recently opened Rockie and Maggie’s Pet Shop in Houston, as they just relocated from New York to Houston for Arnold’s career.

Its most recent season, which wrapped in August and followed the adoption of Will, earned the series’ highest season ratings. The series averaged a 1.4 rating this season with its key demographic, women 25 to 54-years-old. That represents a 14 percent increase over last year’s spring season (which garnered a 1.2 rating). It also averaged 2.1 million viewers.

When the show returns in March 2014, it will follow the couple as they finalize their adoption of Zoey.