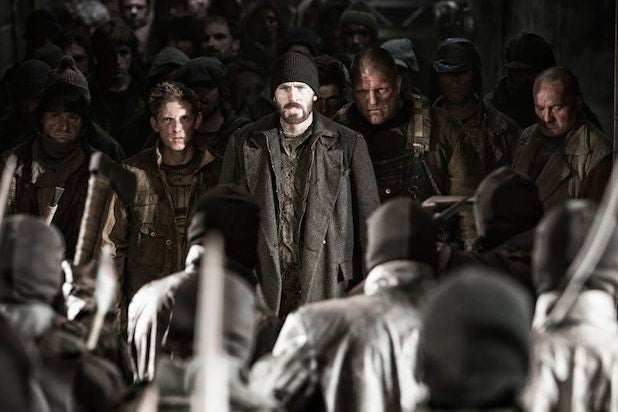 Turner is shifting its troubled drama “Snowpiercer” from TNT over to sister network TBS and giving it a vote of confidence with an early second-season pickup.

The drama, an adaptation of Bong Joon Ho’s 2014 film, was first picked up to series at the beginning of 2018 will finally debut in the spring of 2020 during the network’s March Madness coverage.

“‘Snowpiercer’ is the perfect show to kick-off TBS’ entry into dramas with intricate storytelling, stunning visuals and first-class acting,” said Brett Weitz, general manager for TBS and TNT. “We believe in the longevity of this series and that audiences will be amazed by the fantastical world that brings to life such relevant social, political and environmental issues.”

Ever since its pickup, “Snowpiercer” has faced numerous behind-the-scenes drama, including both a showrunner and director change.

Josh Friedman wrote the pilot and was set to serve as showrunner, but was replaced by “Orphan Black” co-creator Graeme Manson in February, a decision the network attributed to creative differences. (In a tweet shortly after he departed, Friedman wrote that he “was fired from Snowpiercer in the same phone call I was told it was picked up.”) Months later, Friedman went after Manson on Twitter, calling him a “vichy motherf-er.” Following Friedman’s exit, Scott Derrickson exited the project due to a “radically different vision” from Manson, and was replaced by James Hawes.

“We had a pilot that was really promising with some creative people behind it,” TNT and TBS boss Kevin Reilly said in February. “In that case, it was a filmmaker who hadn’t really done television before; mounting a series was a different order.”

Additionally, TBS renewed freshman comedy “Miracle Workers” for a second season and Tracy Morgan’s “Last O.G.” for a third. Nasim Pedrad’s “Chad” was ordered to series; the comedy has been in development since 2016 when it was a pilot at Fox. “Full Frontal” correspondent Amy Hoggart will also star in an untitled comedy.

WarnerMedia will hold its first upfront on Wednesday since AT&T acquired the formerly-named Time Warner.