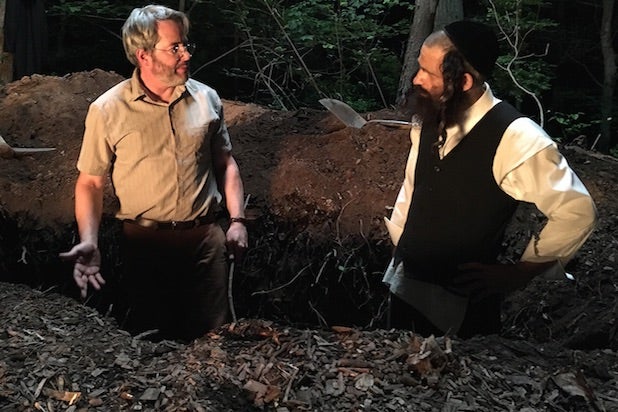 The narrative feature “To Dust” and the documentary “United Skates” have won the top audience awards at the 2018 Tribeca Film Festival, TFF organizers announced on Saturday.

“To Dust,” written and directed by Shawn Synder, is a dark comedy that stars “Son of Saul” star Geza Rohrig as a Hasidic cantor whose grief after the death of his wife causes him to befriend a community-college biology professor (Matthew Broderick) to learn how her body will decay.

“United Skates,” directed and produced by Dyana Winkler and Tina Brown, examines roller rinks and skate culture as an incubator for hip-hop and rap.

The runner up in the narrative competition is Ondi Timoner’s “Mapplethorpe,” starring Matt Smith as the transgressive and influential artist Robert Mapplethorpe. Jeff Zimbalist and Michael Zimbalist’s “Momentum Generation,” which chronicles teen surfers in Oahu in the 1990s, finished second in the documentary competition.

On Thursday, the festival announced jury awards to the narrative films “Diane” and “Smuggling Hendrix” and the documentary “Island of the Hungry Ghosts.”

The Tribeca Film Festival began on Wednesday, April 18 and concludes on Sunday with screenings of all the winning films.